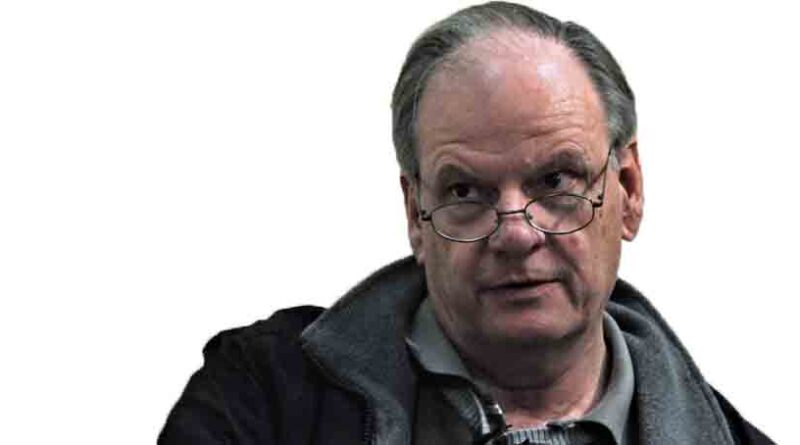 As far as anyone knows, Tim Sullivan was the only local writer laid off Friday by the Courier-Journal during a nationwide shakeup by its parent company, the Gannett Corporation. Were it not for Sullivan’s Twitter account (@TimSullivan714), we might have missed it.

The newspaper has yet to acknowledge that Sullivan is gone. Strangely silent on any other layoffs. Not unusual for a news organization not to air its dirty laundry  but, in the past, the CJ has provided at least some details. The CJ is apparently more focused on a liberal agenda than timeliness and deadlines these days. And that’s a shame, because much other news goes unreported.

If Sullivan was the only one to get the axe, it was a strange choice. In recent years, as the sports staff has dwindled, Sullivan seemed to be the only reporter with the initiative or contacts to cover breaking news. He provided the only coverage into the NCAA probe of University of Louisville basketball, for example. He also provided ongoing coverage of Bob Baffert’s issues with the Kentucky and New York racing commissions.

He was the staff’s go-to guy for any breaking news it seemed. He was a good source of information about the city’s inability to attract an NBA franchise. Ironically, his last major story was the brouhaha between the University of Kentucky’s John Calipari and Mark Stoops over the preeminence of college basketball on the Lexington campus. The rest of the sports staff is apparently relegated to team beat coverage, some seemingly in the PR business for their teams, avoiding controversy.

Sullivan had a challenging job as a columnist. It was his job to ask the tough questions, not to be a cheerleader. He was expected to provide fresh material and news backed up by great research every time he pulled out the keyboard. He rarely failed to deliver.

Sullivan, who was hired by the CJ in 2012, is as thorough as they come in researching his columns and stories. No one has ever questioned his accuracy or his command of the English language. His writing style and creative prose make his work almost as entertaining as it is informative. As one of the elite local journalists, Sullivan is friendly and humble in person, easily approachable and an engaging conversationalist. He have never been reluctant to discuss issues with fellow reporters, bloggers or everyday fans.

But affability evidently is not one of his ongoing aspirations.

Tim Sullivan’s shortcoming, at least at the Courier-Journal, is his negative approach to covering athletics. Always the reporter who feels obligated to ask the most provocative questions during any news conference. That may have been the reason other local reporters avoided some of the tough questions, they knew Sullivan would do it. He came to be known as the negative force in the room or at the press table.

Sullivan, however, seems to believe that everyone has something to hide, that it is a journalist’s job to expose it, to exploit any weakness or shortcoming, to raise questions about intentions. He always seems to lean toward the negative. The best columnists, on the other hand, are perceived to be fair, with the ability to balance the negative with the positive. Over the long haul, Sullivan has come to be perceived as a pessimist, more threatening than constructive, more prone to negative criticism, rejecting constructive approaches to issues.

He particularly seems to relish being the bearer of bad tidings to UofL fans, perhaps because they make up the majority of the CJ readership. Sullivan would likely claim that Louisville has been a natural target over the past five or six years. If anything, he has been consistently critical of most things UofL and that tone affected his image and reputation.

As Boyce George, a longtime UofL fan noted after Sullivan was laid off, “I’m sorry for Tim Sullivan. But, with that said, I will not miss his negative take on almost everything.”

Sullivan is too good a writer, too knowledgeable about sports, to just go away. He will quickly be hired by some organization. A good guess, however, is that the majority of local sports fans hope that he continues his career elsewhere.