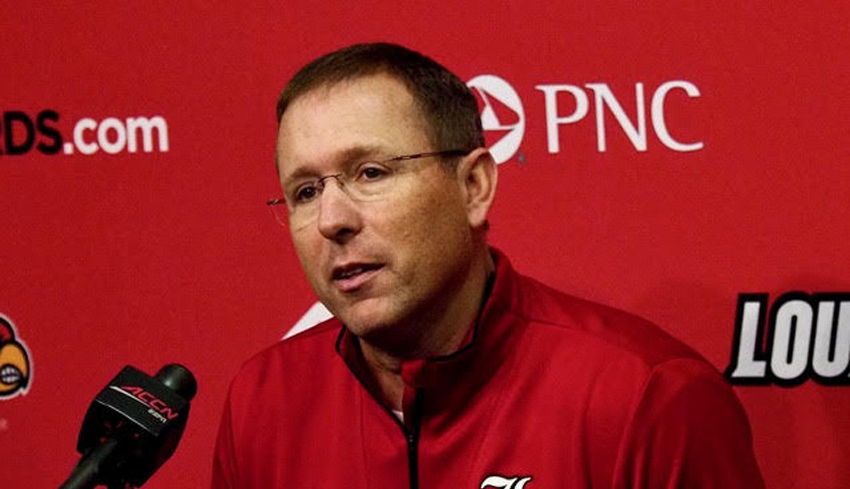 I know. I know. I know. I’ve been bitten by the hype bug that is University of Louisville football 2022. All I had to do was watch ACC Road Trip when the crew came through the Derby City last week. After watching I thought the Cardinals might go 12-0 and be in line for a college football playoff spot.

Not really. But if you listen to the hype. Mark Packer of the ACC Network is more than bullish on a UofL team that returns 15 starters and a lot of offensive power.

“This team came so close to winning nine maybe 10 games last year,” said Packer. “It all comes down to can you close. This teams got s ton of confidence. “They’ve got a guy under center who I think might be the most underrated in the country. This is s dangerous, dangerous team.”

Now mind you, I’m the same dope that predicted Bobby Petrino’s final team in 2018 would finish 10-2. I got the 2 and the 10 right. Just not in the correct columns. Petrino wasn’t even around for the finish of that horrible finish.

I like this Cardinals team. I’ve said since they lost to Air Force in the First Responders Bowl thus team would be better. Much better.

“It should be fun times in Louisville,” said host Dalen Cupp an ACC anaylist. “Is this a sleeper team to win the ACC with a Heisman potential quarterback in Malik Cunningham?”

The crew which also included former Virginia Tech receiver Eddie Royal pointed oaut the Cardinals first two games are on the road. “They’ve got Syracuse who has maybe the best running back in Sean Tucker and UCF,” said Royal. “They had a hard time stopping the run last year.”

That should change this season. Linebacker Monty Montgomery, who torn his ACL i. the third game, transfer Mono Sonogo, will help. Yaya Diaby, Yasir Abdullah and Ashton Gillette return.
“It’s been great (preseason camp), it’s been physical. Our guys got a lot to prove,” said coach Scott Satterfield. “It didn’t end well. There’s been a lot of competition. It’s been good to see. We’ve got an influx of transfers and freshman competiting.”

Winning in the fourth quarter was a problem last year. It won’t be according to offensive tackle Caleb Chandler, a preseason Second Team All-American. “We’ve made it a point to finish, finish, finish. What ever it might be,” said Chandler.

The show had a lot of praise for senior quarterback Malik Cunningham. “He’s a game changer,” said Packer.

Everyone is expecting this team to produce at a much higher level.