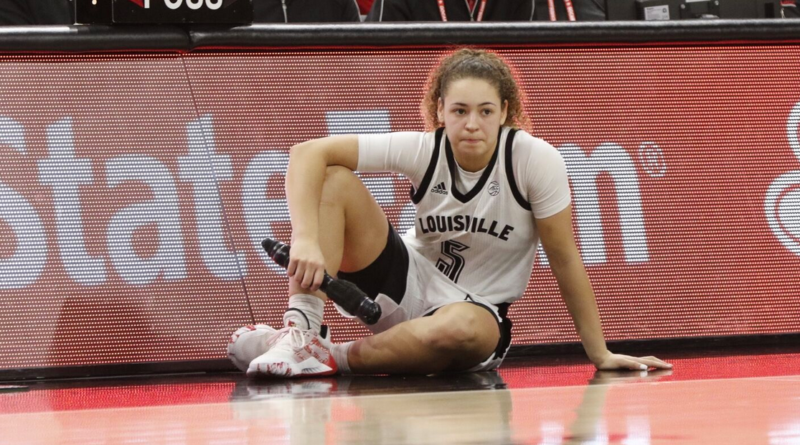 Mykasa Robinson is one of those players a team has to have if that team expects to compete for a national championship.  Combine her with some seasoned veterans and some ultra talented newcomers, and the University of Louisville women’s basketball team could be a formidable force next season.

Robinson, a 5-foot-7 guard from Ashland, Ky., is not a prolific scorer, not yet anyway, averaging only 2.7 points last season. She seemed adverse at times to taking shots, preferring to find open teammates, getting them the ball and the points. The UofL junior surprised her followers last year when she shot and made her only three-point attempt of the season.

But fans would not be shocked if Mykasa were to become an offensive force, she does everything else so well. She was managing 3.1 rebounds, 2.3 assists and 1.2 steals in 17.7 minutes in 30 games.

Up until now, however, Robinson has relished her role on defense, often hounding the opposing team’s best offensive players. She is relentless, yielding only when there is no other alternative. She is the living, breathing embodiment of determination and hustle, with no reluctance to mixing it up beneath the basket and or collecting floor burns. She’s hungry, wants that basketball.

Hear that thud? That’s Mykasa on the floor again. Time after time, no fear, no regrets.

“The number of extra possessions that she gets us in a ball game is remarkable,” said UofL Coach Jeff Walz. “Her offensive rebounds, the number of balls she gets a hand on, she just never stops working.”

She had her best offensive performance late in the season against Boston College, contributing seven points, five rebounds, five assists and three steals, while committing just one turnover in 30 minutes. Earlier in the season at Miami, had a career-high seven assists while adding five rebounds and three steals. Mykasa becoming an offensive threat could be bad news for UofL’s opponents next season.

“Really it’s just my teammates, building up my confidence,” she said. “Telling me I’ve got it. Playing with great teammates like I do. Things just come easy.”

She doesn’t take it easy under any scenario. Small wonder she’s such a fan favorite and so popular with her teammates.