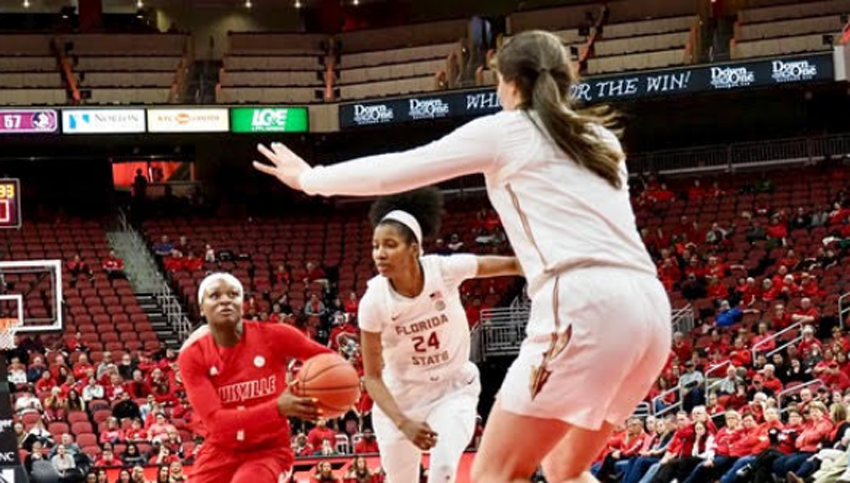 One should not have to look up the name of the Florida State women’s basketball coach. Her FSU teams have only defeated the University of Louisville five of the last seven meetings.

But there she is, roaming the sidelines, her latest team frustrating the Cardinals again, this time by a score of 67-59 in front of a crowd of 8,314 at the KFC Yum! Center. Her team in a familiar spoiler role even though UofL seemed like an easy college basketball pick.

Guessed that name yet? Probably not. The coach is Coach Sue Semrau (sim-rour, as in sour). She’s been in charge of the Florida State program for 23 years. Entering the season with 423 wins, her team is now 17-5 overall and 8-4 in the Atlantic Coast Conference.

Her team will never win the all-airport team, not blessed with any superior athletes or that great a tradition. No big or recognizable athletes. Not great shooters or rebounders either. All they do is grind Louisville to a stop and defeat Coach Jeff Walz on an all-too-frequent basis.

Walz warning his team before the game to take Florida State seriously, cautioning that the Seminoles would bring their best game. Challenging his team to be aggressive, wanting his players to take control early.

May have been too convincing about the threat. The Cardinals struggling offensively, managing only 17 points by half time. The Seminoles, loaded with adrenaline, making good and bad shots with equal aplomb, taking full advantage of UofL’s inadequacies. Dana Evans, Jazmine Jones and Kylee Shook connecting on only 12 of 41 shots.

And there was an incredulous Sue Semrau, not believing her luck. Once again making things miserable for the UofL women. Making a name for herself at Louisville’s expense.