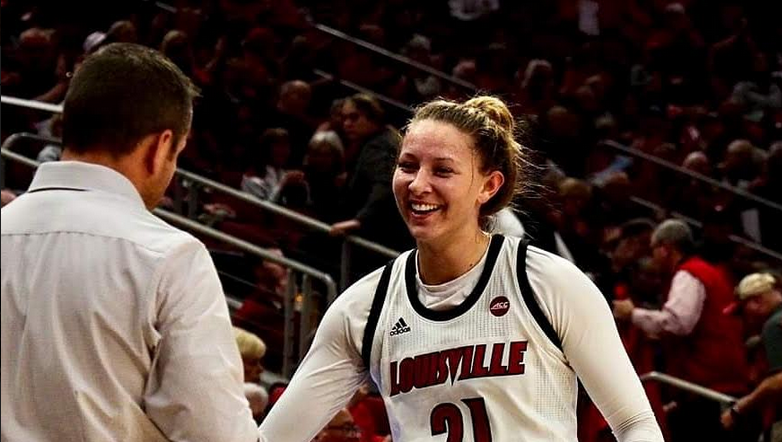 The kind of game every University of Louisville fan of the women’s basketball team was expecting from Dana Evans, wishing for from Kylee Shook. They were not disappointed in either case.

On a cold, wet day that was miserable from the waking moments all the way into late afternoon, it would fall upon the women to provide some reason for jubilation for UofL fans. Not quite monumental but close, UofL defeating No. 1-ranked Oregon 72-62.

Reason for cheer on a day when Coach Scott Satterfield’s Cardinals were being humiliated by a bad Kentucky team in Lexington.

The eighth-ranked Louisville women weren’t supposed to have much of a chance against Oregon in the final game of the Paradise Jam in the Virgin Islands. The Ducks had defeated the U.S. national team a couple of weeks ago, were leading the nation in 26.8 assists per game, hitting 50 percent from the field, and out-rebounding opponents by more than 17 per game.

The Ducks discovered, however, that past performance is no guarantee of future success. The UofL women spotted Oregon with a nine-point lead, trailing 24-13 after the first quarter. The Cardinals would outscore them 24-8 in the second quarter to take a 37-32 lead at the half. UofL would never relinquish the lead, keeping the Ducks at arms length the rest of the way.

Shook would have her best game ever for UofL, posting her fourth double-double of the season, with 18 points and 15 rebounds. Against one of the best teams in the country. She’s come a long way from the end of the bench in the season’s opener to a dominating role as a starter in her latest outing.

Evans, who was named most valuable player in the invitational, was fearless against the Ducks, scoring 17 points and making six assists. She would contribute 10 points while UofL was staging that come-from-behind rally in the second quarter. She averaged 21.3 points in three games.

“We’ve got to get better,” said Coach Jeff Walz. “But it shows our kids that if you follow the scouting reports and play hard and play aggressive like we did tonight, we can play with anybody.”

One thought on “All Shook up, Kylee leads Louisville women past Oregon”