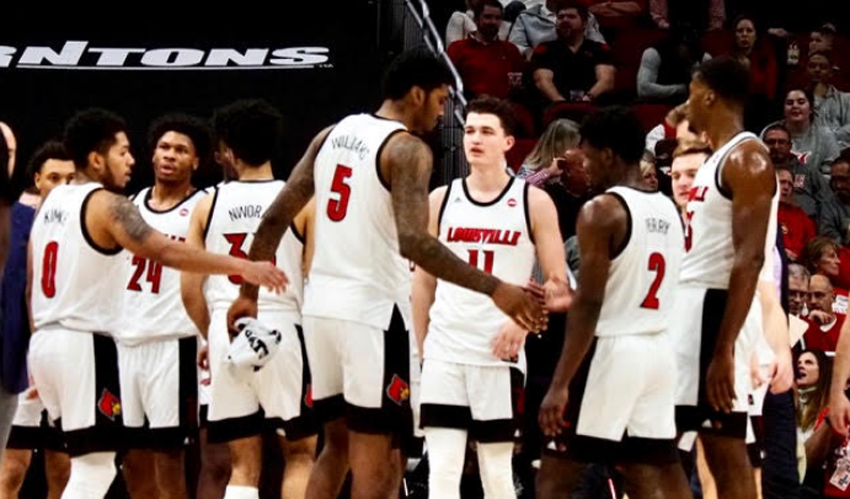 Okay. Okay.  Okay. Put the brakes on the expectations for this Louisville basketball team. But you can’t help but feel giddy.

They haven’t played a team that have tested them and given a barometer of just how good they are. They have dispatched Miami, Florida, Youngstown State, Indiana State, North Carolina Central and South Carolina Upstate. Not exactly murders row. 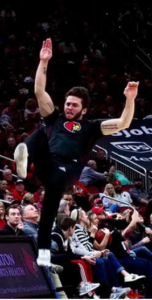 But it’s the way the Cardinals have dismantled these teams. I’m a big statistics guy. It doesn’t always tell the true story but more often than not it’s a good measuring stick.

I look at field goal shooting percentage, assist to made baskets and defensive field goal percentage and turnovers. So far Louisville has passed all these categories.

UofL’s field goal shooting percentage is over 54 percent. The assist to turnover ratio is two to one and the defensive stats have opponents shooting less than 36 percent from the floor.

The Cardinals’ starting five of Darius Perry, Ryan McMahon, Steven Enoch, Dwayne Sutton and Jordan Nwora have played well and are shooting better than .53% from the floor. Off the bench Samuel Williamson, Lamar “Fresh” Kimble and Aidan Igiehon have all had their moments.

Not to mention Malik Williams and David Johnson who are back from injuries. Both played against Upstate and contributed in limited minutes.
Coach Chris Mack on more than one occasion has said, “we are a anything but a finished product.” It’s only late November.

Things get tougher beginning Sunday with Akron followed by Western Kentucky in Nashville. It continues in December with Michigan, Pittsburgh in an ACC Conference game, at Texas Tech, the NCAA runner up a year ago and the annual tussle with rival Kentucky at the end of the month.

“I personally think they are the number one team in the country,” said North Carolina Central coach Levell Moton. “You’ve got to pick and chose your poison. We dared them to shoot.”

Nwora, McMahon, Sutton shoot well from three-point range. Perry distributes the ball and Enoch is a force inside. Williamson looks like a solid player, Igiehon is improving.

What’s not to get excited about. Yes, the tough tests are coming. But enjoy this while you can. As a friend of mine told me, “this looks like a championship caliber team.”