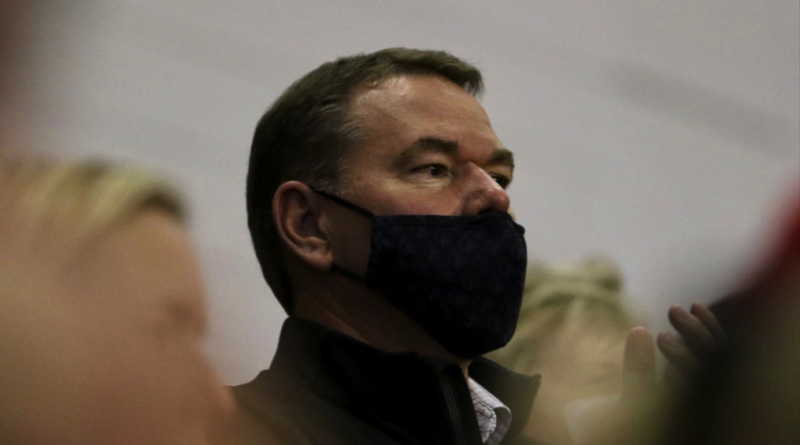 Not sure of who’s making the decision but it is not a popular one with a sizable chunk of the University of Louisville football fan base.

The bottom line is that Coach Scott Satterfield will get at least one more season to get the UofL football program moving in the right direction again. Or at least being competitive with rival University of Kentucky on the gridiron.

UofL fans hate to lose to UK, and vice versa. Losing by 31 points will put one’s future in doubt.

The word is that former UofL quarterback Jeff Brohm, now head coach at Purdue, was inclined to accept a job offer the second time around from Louisville Athletic Director Vince Tyra. And That Vince was ready to offer again (he originally was turned down by Brohm three seasons ago) and ready to hand Satterfield his walking papers and a nice severance.

All but a certainty, declaring numerous Trinity boosters. He was going to get the offer and he was ready to say yes this time.

Not so fast, guys. UofL President Neeli Bendapudi, who has reportedly been reluctant to extend Tyra’s contract, may have a say.  In fact, we are led to believe she wants the last word, Tyra suggesting that she was against firing Scott Satterfield.

If so, that pretty much decides that Jeff Brohm will probably never come back to UofL, no matter how Louisville football fortunes go next season. He seemed like a long shot from the beginning, unlikely for a number of reasons, including the fact that his Purdue team is 8-4 overall and 6-3 in the Big 10 Conference.  But when a winner indicates he is willing to listen, Tyra had to look like he was making a move.

The waters were further muddied Friday when there were reports from Tallahassee that Tyra’s name was included on a list of possible candidates for the vacant athletic director job at Florida State University.

Only Tyra, a self-professed Louisville, Ky., lifer, knows what is really going on.

UPDATE — UofL President Neeli Bendapudi has since issued a statement:

“Decisions about personnel matters within the athletic department are made by the Athletic Director. I have faith in Vince Tyra’s leadership of the department, and I support his decision in this matter.”

The only certainty after these confusing turn of events is the drama is far from over in the UofL Athletic Department.