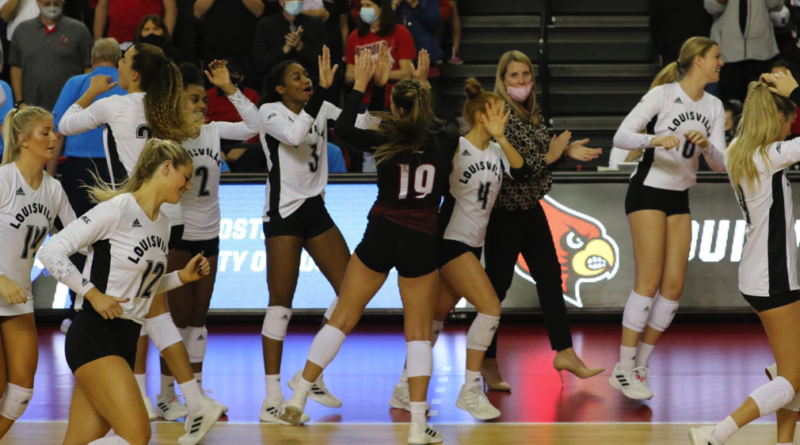 The University of Louisville volleyball team is moving on, moving on to the second round of the NCAA tournament (Mike DeZarn).
Football
Charlie Springer 1 min read

Little doubt from the beginning, the University of Louisville volleyball team wrapping a 3-0 sweep over the University of Illinois at Chicago in the opening round of the NCAA tournament. Scores of 25-11, 25-20 and 25-11.

Packed house, with 993 paid and countless NCAA officials, scouts and players. The Cardinals improving their record to 29-0 on the season.

A  very productive night for Anna DeBeer, the outside hitter from Assumption. She had 13 kills on 24 swings, one ace, one block and five digs. She’s just a sophomore, folks, and just getting started, getting better all the time. Steady and dependable.

Up next, the Cardinals will face-off against the Ball State Cardinals in the second round of the NCAA Tournament on Saturday, Dec. 4 at 7 p.m. at the L&N Federal Credit Union Arena.