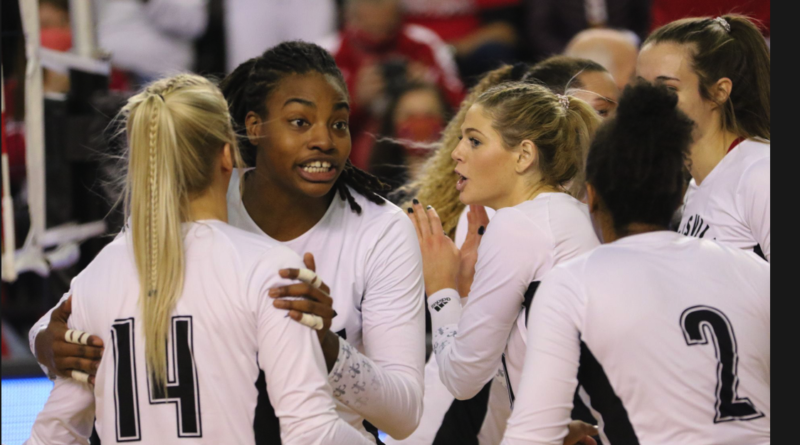 The magic continues for University of Louisville volleyball.

The life and times were a bit tense for a while, especially in the first set Saturday with Ball State owning a 27-26 lead. The Cardinals, however, would score the next three points to win the set, going on to capture still another sweep in the NCAA volleyball tournament.

Coach Dani Busboom Kelly’s team would emerge the winner by scores of 29-27, 25-11 and 25-19 to improve this season’s record to 30-0. The next next game will be Thursday against Florida at Freedom Hall next weekend in the Sweet 16. The winner of that game will face the winner of Ohio State vs. Georgia Tech.

“I’m just really proud,” said Kelly on the win. “This is our third Sweet 16 in a row and it wasn’t that long ago when just that was a huge goal for us, so it’s pretty exciting that we’re back there for a third time.”