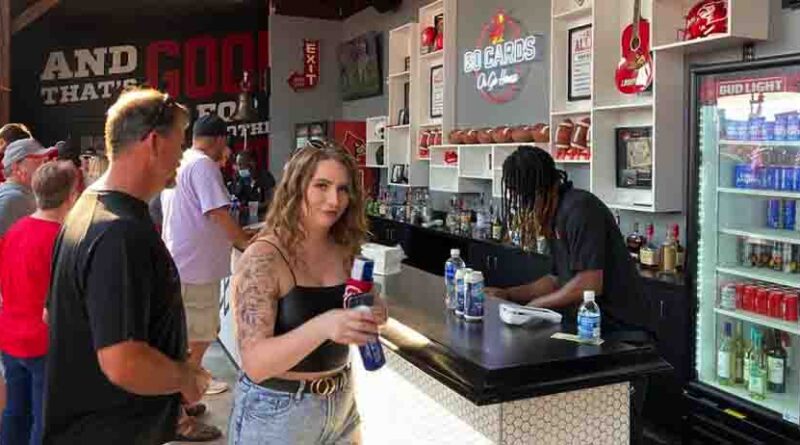 Vince Tyra went from the fire into the frying pan. He and his University of Louisville Athletics staff have been in overdrive since Saturday night’s poor fan experience at Cardinal Stadium. There were many, many complaints. Parking was poor. Ticketing at the entry gates was slow. Concessions took forever.

A Tuesday afternoon news conference was filled with questions. It’s apparent fans still have cooled down. But Tyra assured Card Nation improvements are coming in a hurry. Tyra has drafted at least two letters addressing the issues, the latest an email to Cardinal season ticket holders informing them of changes.

That means Friday things should run more smoothly, according to the fourth year AD. “We didn’t even watch the game Saturday,” said Tyra. “We got into it right away working well into the night. Sunday, yesterday and today.”

Tyra said between 150 and 200 concession workers “called in” and didn’t show up. Another problem was the creepy crawly mobile ticketing process. Only about eight percent of fans had their tickets properly downloaded.

On Friday all beer, soft drinks and water will be half price from when the gates open (6 p.m.) until halftime to help ease the old wounds.  All concourse water fountains will be operational and cups will be available at concession stands. Additional supervisors and trouble shooters will be at gates to help with ticketing problems.

Tyra will tour the stadium Thursday and go over a long list of things that need to be done. “Our fans have a right to be upset. We’re fans too. I’m not happy today,” he said. “We shouldn’t have these kind of distractions.”