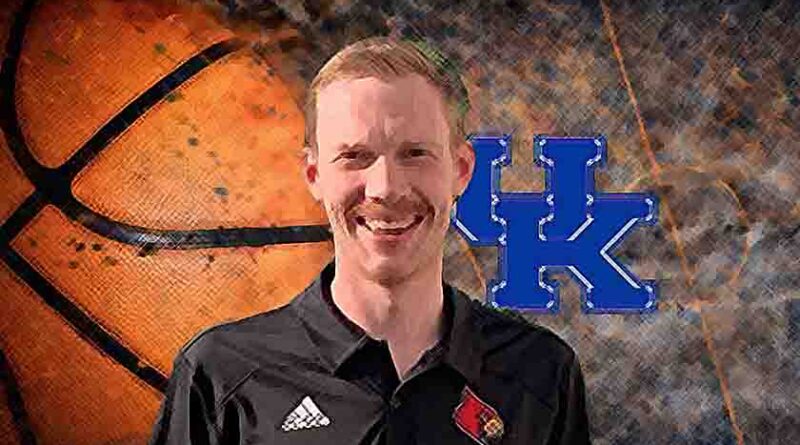 Perception is important in building trust with an employer, no matter where one may be working. There should be no question about loyalty, or, for that matter, disloyalty. That’s if one expects to be credible with the customer base.

Small wonder, then, that a sizeable number of University of Louisville fans are angry over the discovery of some old tweets from UofL employee Noah Peterson. The tweets, recently deleted from a now missing Twitter account, openly disparaged the UofL athletic program, along with the school’s fans. They were outed by a poster on a UofL fan message board. 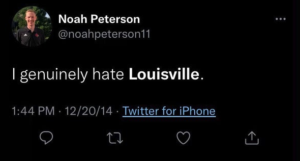 Peterson just happens to be UofL’s Assistant Director of Fan Experience. A discovery of the missing tweets followed a weekend in which Louisville fans were greatly upset with their experience at Cardinal Stadium. Long, long lines before kickoff at the gates and at concession stands.

Peterson also is a graduate of the University of Kentucky, pulled for the Wildcats, worked in athletics for the Lexington school for a while before a brief stint at LSU. He made a number of anti-UofL posts over a period of years. There are also photos of him with the downward L sign. He was busy hating Louisville. Just a trio of the jabs that have been uncovered on his deleted  Twitter account:

“I hate Louisville more than any other school.”

“Where do I get the hookers?” 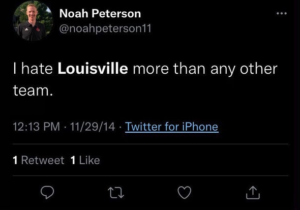 These were just the ones that could be retrieved. More presumed on other sources, including Facebook and other social media. He left no doubt where he stood, a serious UofL hater. Some from a few years ago, but fan loyalties and distastes are usually deeply ingrained.

According to one report, Peterson’s primary responsibility is running the video board during UofL games. If so, his job title and description need to be greatly revised.

Before anyone asks, there have been some UK people at UofL over the years. Including the late Howard Schnellenberger, the mastermind behind Cardinal Stadium. The late Harry Jones, a former UK quarterback, was a UofL Trustee and the guy who doggedly pursued Tom Jurich until he agreed to become Athletic Director at Louisville. Rick Pitino was the former UK heartthrob who guided UofL to the 2013 NCAA championship. Vince Tyra, the current Athletic Director, played baseball at Kentucky. Associate AD Lottie Stockwell,  a UK grad, oversees the marketing department in which Peterson works and bears responsibility for his future.

A statement from UofL regarding the situation.

In our candid conversations with Noah, we are confident he has matured since those messages and is committed to our team as a young professional. We have staff from many universities across the nation, including others that attended Kentucky. I think everyone is well aware that our athletic director is a Kentucky graduate, as is our lead play-by-play radio announcer, and have others on our staff that attended Kentucky …

Once more for emphasis, fan loyalties and distastes are usually deeply ingrained. When someone tells you who they are, it’s a good idea to believe them.

As much as one would like to see more UofL grads in leadership positions at their alma mater, having UK grads or former employees on staff is not a bad thing. But when an individual from an arch rival has consistently trashed UofL and is working as part of the “fan experience,” eyebrows are raised. That’s not a conspiracy. That could be a huge deal.