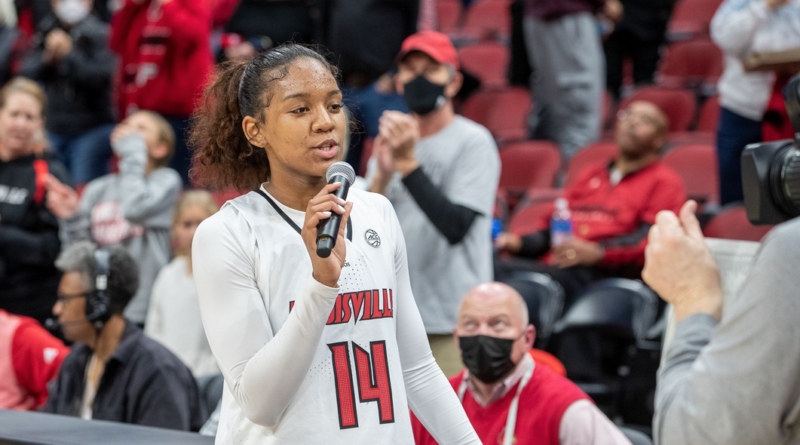 Syracuse lost 11 players to the transfer portable in exchange for eight new ones during the off season. How they manage to be competitive is beyond comprehension. Maybe it doesn’t take much to get fired up when a 7-7 is playing against the third-ranked University of Louisville women’s basketball team.

UofL won by a score of 84-74 before a crowd of 7,307 at the KFC Yum! Center. But the game was tied 62-62 with just over six minutes to go and the outcome was very much in doubt. That was Kiann Smith connected on her fourth 3-pointer of the game, closely followed by Hailey Van Lith’s second 3-pointer and another jumper. The Orange were unable to survive so many daggers so late, finally accepting their inevitable fate.  Louisville now 14-1 overall and 4-0 in the ACC,  Syracuse 7-8 and 1-5 in conference play.

Acting Head Coach Vonn Read gaining respect, getting his players to play above their level maybe. Or possibly Louisville playing sluggishly after a week of Covid struggles. One will never know for sure but Read making to good argument to removing the “acting” part from his title.