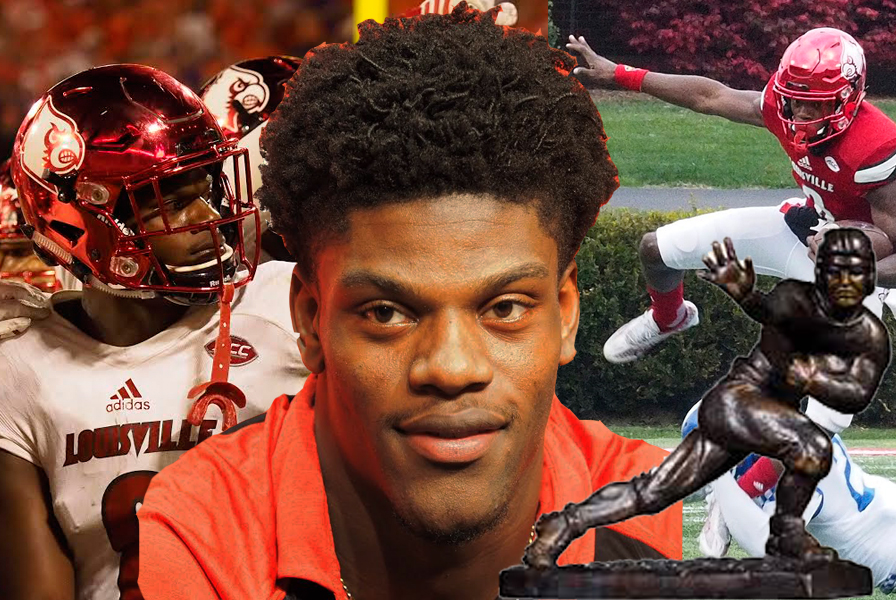 There. Did it. Broke out of the gate early, made America take notice, put University of Louisville football squarely in the national spotlight. Nailed down honor after coveted honor, separated yourself as America’s  best college football player in 2016.

No doubt, not even close. Play after play, on the ground, through the air, touchdown after touchdown, week after week. Setting new standards for athleticism, so often, so consistently. Considered his norm notching three, four or five touchdowns game after game.

Lamar Jackson winner of the Heisman Trophy winner for the 2016 college football season.  Racking up 3,390 passing yards, 1,538 rushing yards, with an astonishing 4,928 yards and 51 touchdowns. Leading UofL to a 9-3 won-lost record.

But only one of them ever considered a serious contender for football’s most prestigious award — the Heisman trophy destined to stand alongside the Walter Camp and Maxwell Player of the Year awards on the Jackson family trophy wall.

Lamar Jackson bringing unprecedented attention to University of Louisville football, rewarding the faithful for long-standing loyalty. One of the most outstanding performances in the history of any sport.

Lamar Jackson himself, his fans, his detractors, his teammates, the opposition — everyone knowing he could have done much better. God willing, absorbing the lessons, getting better, setting even higher standards next year.

Hopefully blowing the doors off the hinges next season, having only just begun.