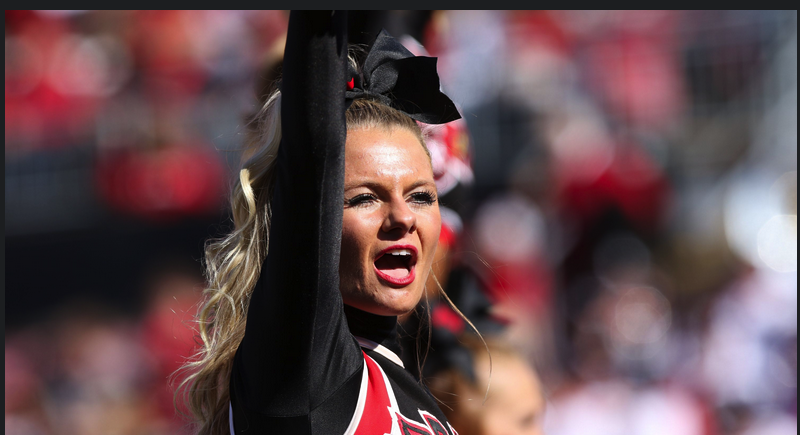 One still feels the same way after a good night’s sleep mulling over Louisville football’s frustrating loss to Wake Forest Saturday. The Cardinals let one slip away, with some help from the guys in stripes.

Stop right there. Officials don’t win or lose games. Yes, they can influence a game. But winning and losing is in the hands of the players. Some mistakes by the Cardinals cost them dearly.

Quarterback Malik Cunningham missed two wide receivers for touchdowns. No, not pinning the loss on Cunningham. He played well, passed 19 of 26 for 309 yards. Ran for two scores and passed for two others.

The offensive line did well giving up only two sacks against a team that had 15 coming in. Freshman Trevion Cooley had his best game as did receiver Tyler Harrell catching a touchdown pass. Harrell snared a Cunningham pass over the middle and outran the defense for 75 yards. He showed elite speed, reminding one of Tutu Atwell sprinting for the end zone.

Let’s look at the defense. Again the Cardinals faced an elite quarterback in the Deacons’ Sam Hartman who was 23 of 40 for 324 yards. The defense couldn’t consistently get pressure on Hartman. When they did Hartman threw an interception.

Louisville decided for most of the game to rush three and drop eight. This defense has to figure a way to at least slow these teams down. Louisville is averaging giving up 28.1 points in five games. Wake Forest totaled 501 total yards. Those numbers need to go down. Way down with the teams that remain on the schedule. Losing Monty Montgomery to injury against Central Florida hurts.

A bright spot for the Cardinals is the punting of Mark Vassett who averaged 44 yards on four kicks.

Getting back to the officiating. The clock read zero at halftime after the Cardinals made a stop at the one. However after a review, one second was put back on the clock. Nick Sciba kicked a 20 yard field goal for a 20-17 lead.

An ESPN reporter asked the Atlantic Coast Conference for an explanation about the clock situation. She reported that Wake Forest coach Dave Clausen had called timeout. It was confirmed by the back judge and field judge per the ACC.

He also questioned some of the holding calls. “You can call holding on every play.” Louisville were called for nine penalties for 93 yards. Wake Forest was called for six penalties for 35 yards.

The weekend cleared up a couple of things. Alabama and Georgia are a notch above everyone else. Cincinnati proved it is worthy, going to South Bend and beating Notre Dame.

Clemson knocks off previously unbeaten Boston College 19-13. The Eagles were driving at the end of the game for what could have been the winning touchdown.