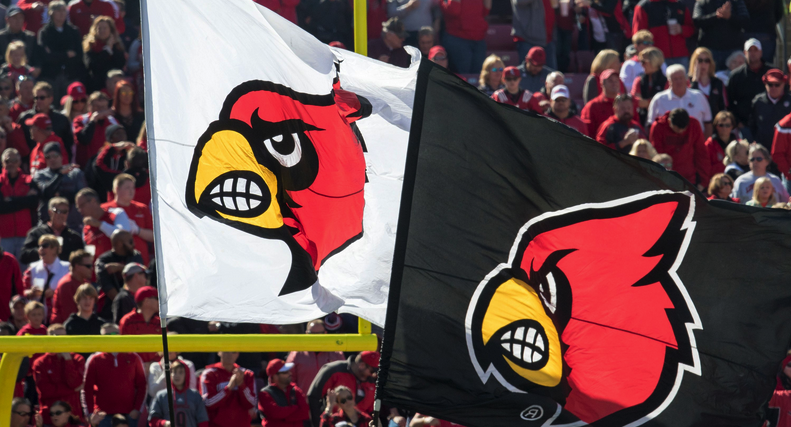 The 2021 edition of University of Louisville football kept getting better despite being on the wrong end of a 37-34 loss at Wake Forest Saturday. Scoring 17 points in the fourth quarter before yielding a 21-yard field goal to the Deacons with 22 seconds to go.

Wake Forest may well be one of the better teams in Atlantic Coast Conference this season. But the Deacons, who are undefeated after five games, would have to acknowledge they were lucky to remain undefeated. Contributing to their good fortune were a few official reviews, some endless seconds on the game clock, a couple of missed free throw attempts and some untimely Louisville miscues.

The UofL defense did itself proud at the end of the first half, keeping Wake Forest out of the end zone on three downs from the 4-yardline. Time had expired, or so it appeared to most observers. Surprise, surprise, the Wake Forest coach called a phantom timeout with players still stumbling around on the one.  The Demons taking advantage of a special extra play with a field goal and a 3-point advantage at the intermission.

One has no choice but to excuse Dave Clawson, the constantly whining Wake Forest coach, and questionable calls that went Wake Forest’s way. Notworthy here because his nonstop bickering seemed to stem the flow of video recalls going against Wake Forest.

Louisville, now 3-1, actually outgained Wake Forest on the ground,  outrushing the Deacons 523 yards to 501 yards. WF quarterback Sam Hartman, however, was completing 23 of 41 passes for 324 yards and two touchdowns. Malik Cunningham, meanwhile, was good for 19 of 26 for 301 yards, rushing for two touchdowns and passing for two other scores.

Cunningham and his offensive line are making progress when Cunningham is not the “featured running back.” UofL’s running game was led by Jalon Mitchell with 89 yards, Trevion Cooley with 61 yards and Cunningham with 59 yards. He’s still scoring more than anybody, but they’re all getting more protection. A positive for Louisville’s offense as the season grinds on.