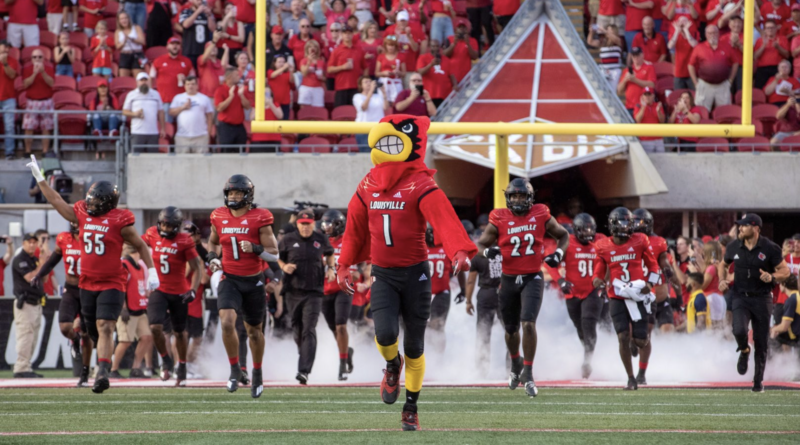 A great night for a football game. Perfect weather. Raucous home crowd. Everything to gain. Time for University of Louisville football to make some noise, get back in the national picture.

Wishful thinking is not going get Louisville back where anyone wants the program to be. That was obvious after a final score of Florida State 35, Louisville 31 in front of a crowd of 46,459 at Cardinal Stadium. Another fourth quarter meltdown by the red and black —  a pattern Cardinal fans are tired of seeing. Play it close. Lose the lead in the fourth quarter. Wind up on the losing side at the end.

UofL lost too many close games a year ago and the fan base is well … tired of it. Too many turnovers. Three. Too many penalties, 11 of them for 81 yards. It seems as though every time this Louisville team figures something out another problem pops up.

Friday it was the defense. After showing signs of improvement in a win over Central Florida, the defense took a step back against the Seminoles. Leading 31-28 with less than eight minutes to play, FSU backup quarterback Tate Rademacker needed only eight plays to go 75 yards for the winning touchdown.

Trailing by four points, Louisville still had a chance when the Seminoles Ryan Fitzpatrick missed a chip shot, 36-yard field goal with 1:41 remaining.  But quarterback Malik Cunningham, who seems to have a penchant for throwing interceptions, was trying to throw the ball away was picked off by FSU’s Kevin Knowles with 37 seconds.  End of rally. End of game.

“It’s very hurtful and disappointing to not be able to win this game, “ said Coach Scott Satterfield  “We know Florida State is a good football team, but we were right there and went toe-to-toe with them and in control the whole game until late.”

This was a particularly disturbing loss. With the next three teams on the Louisville schedule winnable, this disappointing loss zapped the momentum.  This Louisville team desperately needs to do something right when time is running out.

“We’ve got to finish,” said defensive lineman Momo Sanoho. “That’s what it comes down too. We’ve got to eliminate those plays. Get off the field on third down.”

So what’s next? South Florida arrives at Cardinal Stadium next Saturday for a noon game. What UofL doesn’t need is a coach describing the play-by-play action of how close his team was and how they fell short again.

“They are all one game seasons,” said Satterfield. “Win or lose, you can’t dwell on it. We’ll come and do the best we can for South Florida. We’ve got to focus on getting better as coaches and players. We’ve all got to do something to get better.”

An all too familiar refrain that is getting stale, less tolerable with every close loss.