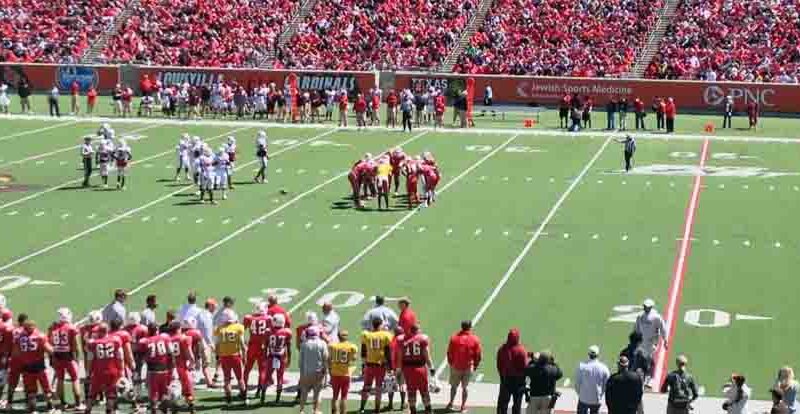 After a surge in positive tests for the corona virus, the University of North Carolina has decided to go to all online classes. Some students will be packing their bags after only one week on campus. That will not include members of athletic teams, including football, at least for now.

As of late Monday, some 177 students were in isolation and another 349 were in quarantine. UNC issued the following announcement:

“Our student-athletes will continue to attend online classes, and may choose to remain in their current on- and off-campus residences,” North Carolina said in a statement. “Workouts and practices will continue under the standards set by our University, health officials and department. We still are expecting to play this fall, and we will continue to evaluate the situation in coordination with the University, the ACC, state and local officials, and health officials. The health and safety of our student-athletes, coaches and staff, and community remains our priority.”

The university, barring an avalanche of negative feedback, is going ahead with plans to play football. The Tar Heels are scheduled to open on Sept. 12 against Syracuse at Chapel Hill. Whether they’re actually able to go through with that game will be a matter of who wins the COVID-19 debate over the next few weeks.

As recently as May, ACC Commissioner John Swofford said said the idea of athletics without classes on campus was very difficult to comprehend: “Most people I talk to in college athletics and higher education I think agree that that’s a foreign thought to most of us.”

University of Louisville athletic director Vince Tyra has made similar statements and is keeping close tabs on developments. A report from the football complex indicated there no positive test results from the the most recent round of testing.

UofL students just began their first week in classes on Belknap Campus on Monday. Therein lies the real challenge, whether students, many of them still teenagers, take the virus threat seriously enough,  have the discipline to follow proper protocols, and can avoid social interaction.

Still very much a cliffhanger as to whether there will be college football, folks.  Keep those fingers tightly crossed.