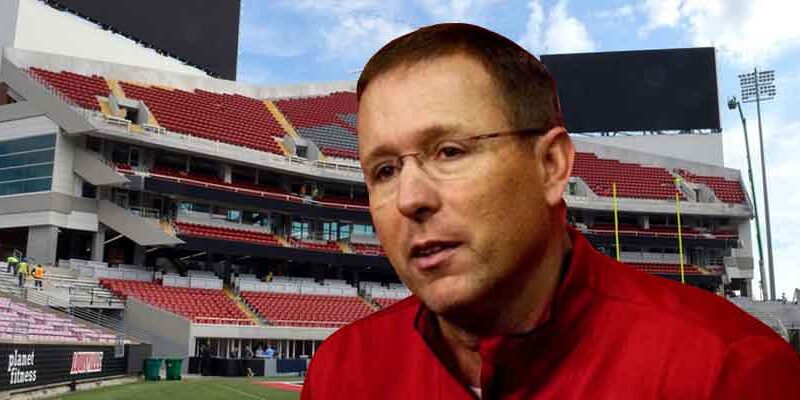 Ready for some football? Of course. But apparently that’s a daunting thought for some athletic conferences and university presidents, one by one caving in to the uncertainties associated with the corona virus.

'This yo-yo, saying we're going to do one thing one day and two days later something else. That's not leadership. We had months to plan out how we're going to come back.'

Lots of scare mongering going on out there. Some of the concern may legitimately be based on increased positives. Much of it, however, appears to be politically motivated, with college students and athletes seemingly being used as pawns.

Many sports analysts, including Pat Forde of ESPN, wanting to surrender to the virus. One has to wonder what will happen to all the sports columnists and writers if all the games go away. Obviously hasn’t occurred to them yet.

Shutting down the season would be the worst possible move, as far as Coach Scott Satterfield, of the University of Louisville, is concerned. Most of his fellow coaches in the Atlantic Coast Conference share his opinion, wanting to move forward. As of now, the ACC is on a path to continue the 2020 college football season.

Satterfield felt the need to speak out following weekend reports that the Big 10 and PAC-12 conferences don’t intend to compete this fall. He has had players crying in team meetings because of all the uncertainty.

No leadership at all coming from the top of the NCAA, with the organization waiting around to see what the universities and conferences are going to do.  Few presidents or conference commissioners having the courage to speak out on the issue. Hiding behind nebulous and often contradictory medical advice. Holding secretive meetings, with little to no input from coaches and players.

If there is one thing that everyone can agree on, it is that college athletes are probably in the best possible age group to deal with the virus. Few incurring any significant impact from COVID-19 positive tests, with minimal disruption to their lives. Many of them are better off in a controlled environment than they would be anywhere else.

Satterfield noted that society could be affected by the coronavirus indefinitely, adding that the world is going to have find ways to work around the challenges. He couldn’t be more right. Time to move past the scare tactics and deal with the realities.

A country torn apart in so many ways, America more than ready for some football.