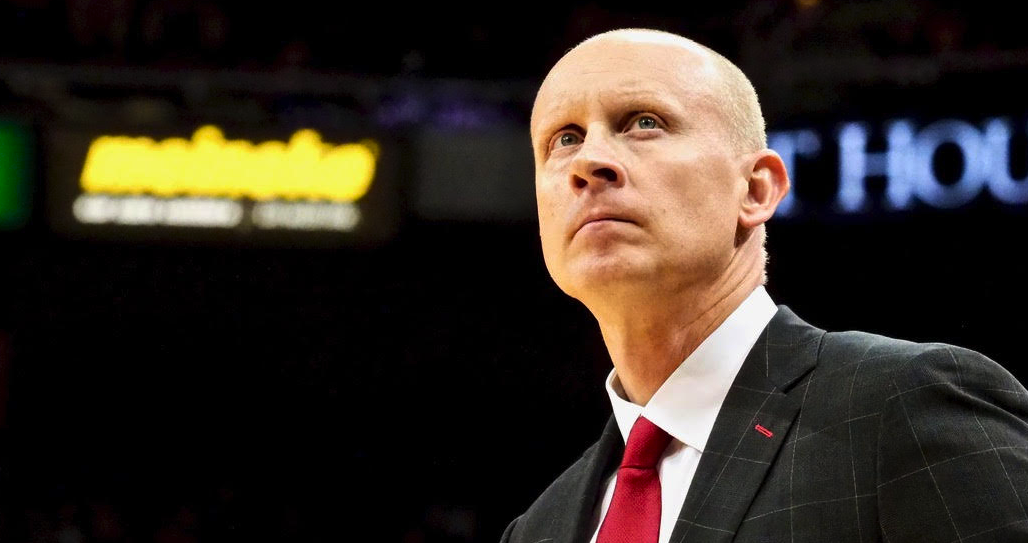 The last thing anyone expected, especially among longtime diehard University of Louisville basketball fans. Go ahead and pencil in another L, no way to avoid getting mopped off the floor at Chapel Hill. A certain North Carolina runaway.

No rush switching on the TV, no hurry to see a blowout, tuning in less than a minute to tipoff. Afraid to watch, knowing no lead is safe, expecting the worst. No chance in hell. Bring it on, getting used to the bad news.

Except that the worst wasn’t to be. Not this day.

Two hours after comparing this group to a friend at Kroger with a bunch of YMCA basketball junkies, telling him not to get his hopes up. This Louisville team had wrapped up an 83-62 win over North Carolina before 21,000-plus fans on their home court, the 21-point loss the largest ever for UNC under Coach Roy Williams.

Two hours after comparing this group to a friend at Kroger with a bunch of YMCA basketball junkies, telling him not to get his hopes up.

Exactly what UofL fans needed, those expecting a long, long season, losing faith, having resigned themselves to the worst. A win at the least expected moment, over one of college basketball’s blue bloods, a giant booster shot three games into the heart of the ACC schedule.

Think maybe Coach Chris Mack’s message about keeping players in front of them and out of the lane finally reached its audience? One kept expecting that perpetual flurry of UNC fast break layups, alley oops and back door slams. But they never came. Rarely has a North Carolina team thrown up so many bricks.

Jordan Nwora bringing his game face, with a different look, ready to rumble, no hint of ambivalence. Steven Enoch tired of riding the bench, bringing a different game, one that some had given up ever seeing, probably  his best ever. Dwayne Sutton again bringing that warrior mentality, fearless and aggressive.

The three of them sharing team-high scoring honors with 17 points apiece. Sutton with an amazing seven assists, Christen Cunningham with five assists. Only five turnovers during the game, compared to 14 for North Carolina. Out-rebounding the Tar Heels, 40-31. An unlikely 11 rebounds from Enoch, 10 rebounds for Sutton — first time double-doubles for each.

The most impressive performance by a Louisville basketball team in quite a while, coming on the heels of an ugly loss to Pittsburgh. The players maybe ready to listen. Mack with the same old message, keep the ball in front of you, keep them out of the lane. “When you do that, they will have a tough time scoring against you,” said Mack.

Keep that in mind, guys, and there could well be many more good times ahead this season.

We have to begin with a bit of a history lesson here for the millennials. Back in 1969, a footballing magazine brought footballing players into a celebrity limelight. SHOOT® was a leading publication which latest up till 2008. If you’re a slots fan, then check out slotsmummy.com.

Before Messi and Ronaldo, you had Zidane and Cantona, before them you had Maradona and Pele. This is where the SHOOT® slot takes us, a nostalgic trip back to the greats, the master which brought the game to new levels each season they played. From Beckenbauer to Cruyff, From Keegan to Best, this is the greatest footballing slot machine ever produced!

One thought on “Not possible, no way, no how, but Louisville throttles North Carolina”