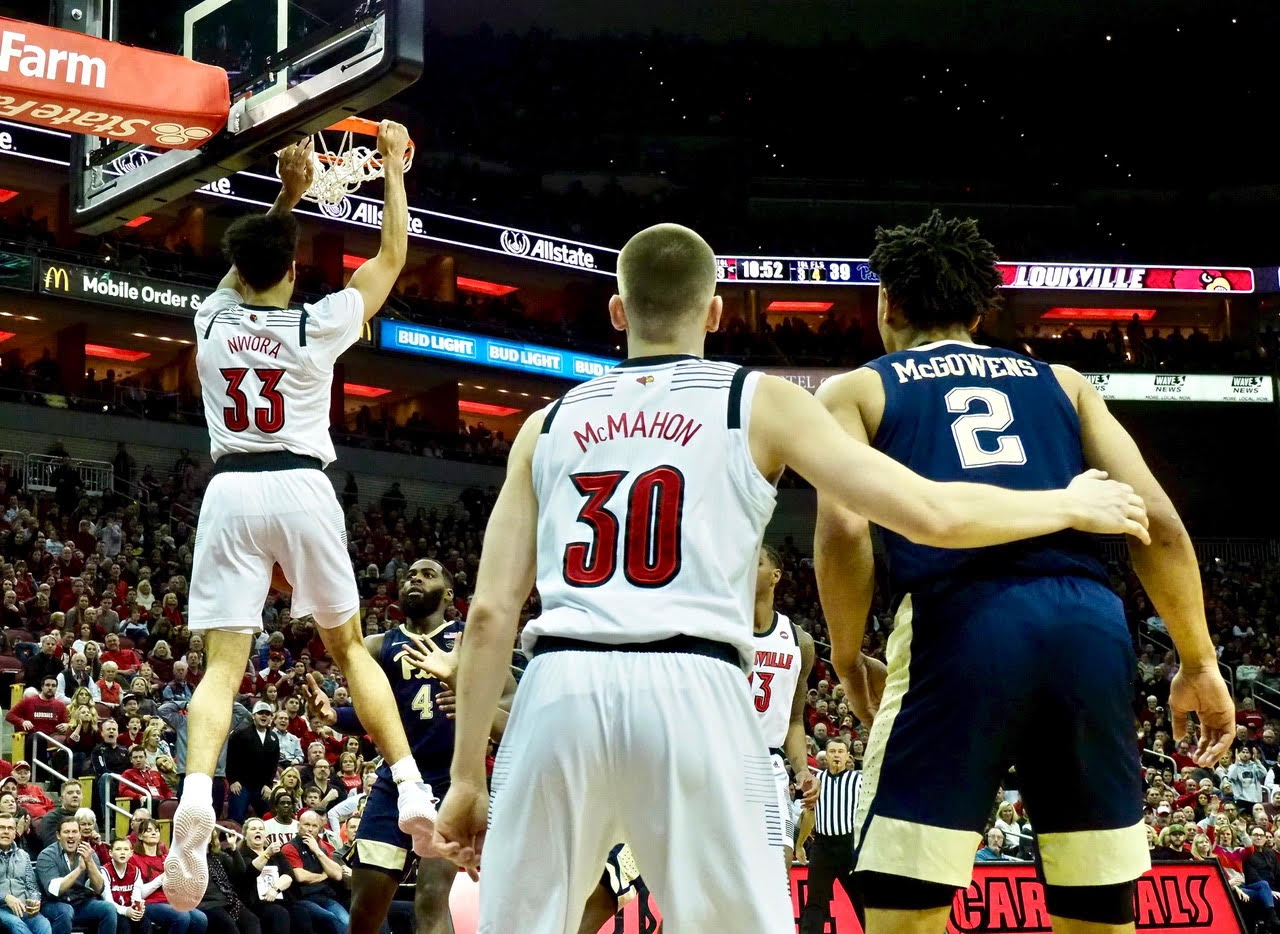 One of those grinders, a game that was going to be decided by the most tenacious defense. Both teams struggling to make shots.

The University of Louisville would survive the skirmish, the battle of the elbows, the arm slappers, the abrasions, the bumps and the knee-knockers. Daring the Panthers to take a shot, limiting the visitors to only five baskets and 18 points in the second half.

Coach Chris Mack is a staunch advocate of suffocating defenses. Absolutely essential this game, the Cardinals themselves were connecting on only 22 of 56 shots in a 66-51 win before a crowd of 16,929 at the KFC Yum! Center.

The fifth conference win in a row for the Cardinals since losing by three to Pittsburgh just a couple of weeks ago. Quite a different look Saturday, the Cardinals shutting down all those penetrating guards and relentless 3-point shooters.

“We played as well defensively as we have all year,” said Mack afterwards. “This game showed the character of our team. It’s easy to win a game when things are going well for you, the shots are falling and everybody’s scoring.

“When the shots aren’t going in, however, you have to have the stick-to-it-ness to get the job done. And that’s we did today.”

Pitt Coach Jeff Capel with high praise for UofL point guard Christen Cunningham. The graduate transfer managing only five points but coming through with a total of seven assists. The most memorable — the dagger as it were — coming with 7:46 remaining in the game, the perfect pass to Jordan Nwora for a roof-raising alley-oop to give Louisville a nine-point lead.

“He values the ball, he doesn’t turn it over, he has a great grasp of their offense,” said Capel. “He’s had some really good offensive games. Today, he didn’t score the ball well, but he ran their team and he assisted. He didn’t turn the ball over much. He’s a really good player.”

Louisville was led by Nwora and Steven Enoch with 17 and 12 points, respectively. Enoch with a rare double-double, adding 11 rebounds as well.

A different outcome Saturday, Mack acknowledging his team approached the rematch much differently. “I think we all had respect for Pitt the second time around,” he said. “Every game counts the same in the standings. Unfortunately we put ourselves behind the eight ball at Pittsburgh.”

One thought on “Louisville gets back at Pitt in defensive donnybrook”