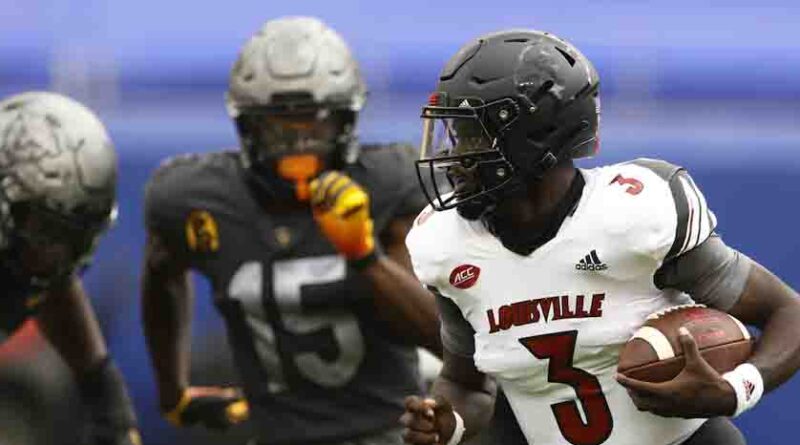 The yardage is not coming nearly as easy for the University of Louisville football team this season. Offensive tackle Mekhi Beckton, with his massive 6-foot-7, 367-pound frame, is gone, off to the National Football League.

Louisville could manage a total of only 223 yards offensively in a 23-20 loss at Pittsburgh on Saturday. Familiar pattern, losing three to four yards on first down, dropped passes on second , desperation throws on third down.

Quarterback Malik Cunningham taking another beating, finishing the game on the ground, getting carted off the field. Has there been another UofL quarterback to incur so many injuries during his career? He was sacked seven times, intercepted three times. Making fans hold their collective breath every time he carries the ball.  Managing only three yards on 13 carries, completing nine of 21 passing attempts.

Managing to keep the game close with a defense that refused to be bullied. Backed up repeatedly in the first and second quarters, yielding only 20 points in the first half. Even more remarkable, only three points in the second half. Cannot give them enough credit, giving Louisville a chance to win on a day when the outcome seemed obvious from the start.

The play of the day? So obvious, that 78-yard touchdown run by Javian Hawkins. Not even touched. Ironically, through the spot on the offensive line previously inhabited by Mekhi Beckton.