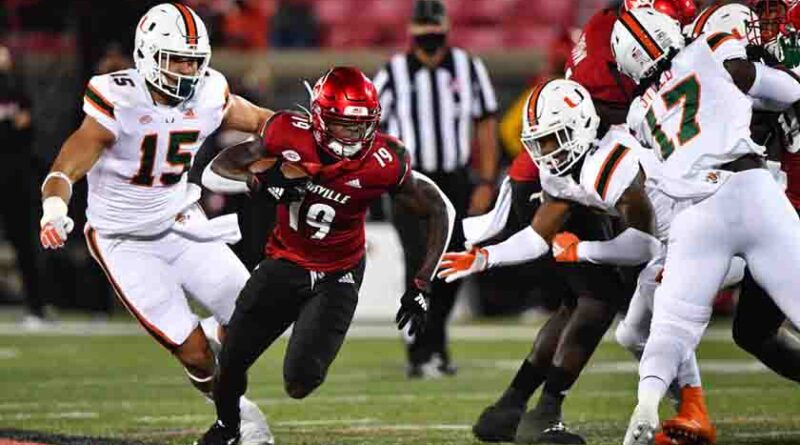 So much more work to do for an easily distracted defense. And for an offensive line getting manhandled all night long.

The University of Louisville football team back on the national scene a bit prematurely. Having its butt handed to it by Miami for a second straight season. The Hurricanes are again a force, a program to be reckoned with again on the national scene, easily handling UofL 47-34 at Cardinal Stadium.

Nice honor to be featured on ESPN’s Game Day the second week of the season but obviously too soon. The Cardinals are improving, light years ahead of where Bobby Petrino left them. Coach Scott Satterfield and crew needing more time, however, to develop a finished product.

One sensed the outlook was ridiculously hopeless when Jose Borregales, a kicker from out of nowhere, making an impossible field goal attempt from 57 yards away. Who does that anyway? Just a kicker who made only 21 of 29 field goal attempts last season. If the kick falls short, Coach Manny Diaz is not too bright. It was good so he’s a genius.

Not that it matters that much when his Miami quarterback D’Eriq King is taking advantage of the porous UofL defense, flipping passes just over their shoulders, for one big play after another. More than 350 yards passing and three touchdown passes.

Micale Cunningham, meanwhile, running for his life most of the game. Cunningham’s stats somehow resembling King’s, with Cunningham tossing for three touchdowns and 307 yards. Most of his success coming late in the game.

The final indignity for Cunningham was having the ball knocked out of his hands at the one-minute mark. Just when Louisville appeared on the verge of making the final score close. Wasn’t likely as it was ultimately revealed.

Louisville on the right track, just not yet ready for Miami. Expect the Cardinals to be competitive against Pittsburgh. Expect the Canes to vie for the ACC title in December.