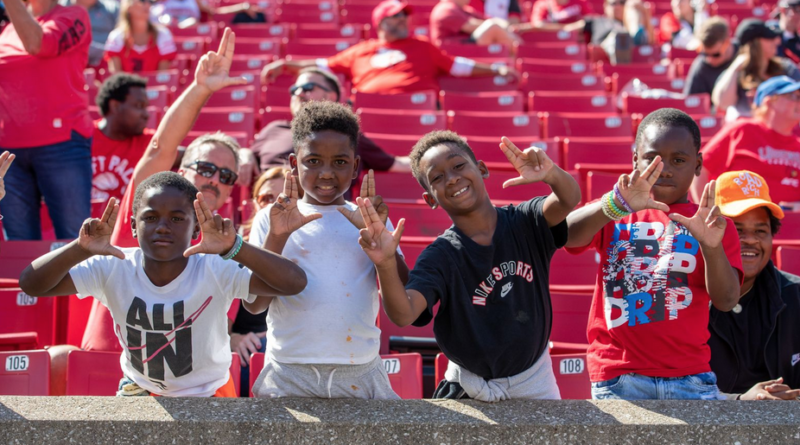 The University of Louisville football team’s win over South Florida at sun-drenched Cardinal Stadium was what everyone wanted. A blowout win against an over-matched opponent.

“We put together a really nice complete game,” said Coach Scott Satterfield. “We dominated came in focused and played that way.”

Quarterback Malik Cunningham looked more like his old self running for three touchdowns and throwing another. Cunningham had touchdown runs of 40, 35, eight yards and a 26 yard TD pass to Jaelin Carter.

“Defensively, we did not give up the big plays. Offensively and defensively we did not shoot ourselves in the foot as far as penalties go.”

“He’s a special player. He gets a lot of criticism at times when he doesn’t play great. He’s not going to be perfect.”

The fifth year senior became only the eighth player in NCAA history to rush for over 3,000 yards and 8,000 passing. “I just give credit to my teammates for opening the holes for me blocking,” said Cunningham. “I’m blessed to be that person. Kudos to me I guess.”

Louisville’s defense was outstanding causing three turnovers and holding the Bulls without a touchdown. “Everyone was doing their job,” said linebacker Yasir Abdullah, who was credited two solo tackles and three assists. “We did everything we planned throughout the week in preparation.”

The Cardinals play the next two games at Boston College and Virginia before an open date. They return home Oct. 22 to face Pittsburgh.