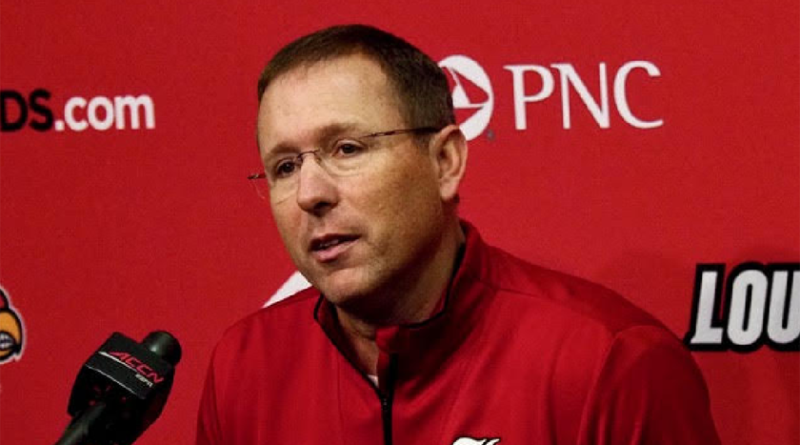 A lifetime contract in the works for Scott Satterfield at the University of Louisville? The possibility was mentioned in an interview with Athletic Director Vince Tyra in the Courier Journal. Weighing the options for a long-term commitment.

Positive vibes in the midst of much uncertainty, especially coming from a UofL football coach. One has to be excited about the prospects of a coach being committed to a long-term future with the program. Especially after disappointments with some recent football coaches who left for “greener pastures,” only to see their careers go south in rapid succession.

“Yeah, he won’t stop asking me about a lifetime contract,” said Tyra, who has more than his share of major challenges in two and a half years. He says they have talked numerous times about his plans and what could mean for the evolution of Satterfield’s contract.

Time to take advantage of someone who truly recognizes the potential of the program, reward him for his vision.

“I talked to his agent as well — Jimmy Sexton — this is not the ideal time to be doing anything in this regard, and I think Scott understands that. But he also understands that we are going to do everything we can to keep him here for a very long time. We think he fits great in our community and our university.”

So Tyra is giving the idea serious consideration, but he is dealing with some more immediate issues. Covid-19, racial harmony and NCAA basketball allegations, just to name a few. All of these issues, and the uncertainty of whether there will be games or fans in Cardinal Stadium in the fall of 2020.

Satterfield and company were off to an impressive start during their first season. Turning a team that won only two games the previous year into a competitive program with an 8-5 record and a bowl win over Mississippi State. He is only the second ACC coach to take a winless team in the Atlantic Coast Conference and win five games the following year, honored as the ACC Coach of the Year for his results.

UofL’s football recruiting efforts have never been better. With six months to go before the early signing period in December, the Cardinals have already gotten 16 commitments. The class has risen to No. 18  in the 247Sports composite team rankings, the highest since the rankings were established in 2000.

Is it premature for Tyra to consider a lifetime contract for his young football coach? Not in this instance. Not for a program that saw coaches like John L. Smith, Bobby Petrino and Charlie Strong leave for greener pastures only to see their careers fizzle shortly thereafter. Time to take advantage of someone who truly recognizes the potential of the program, reward him for his vision.

Satterfield has done a remarkable job of turning a beaten-down program around in a short period of time. Give the man a lifetime contract, and do everything possible to keep the family in Louisville.