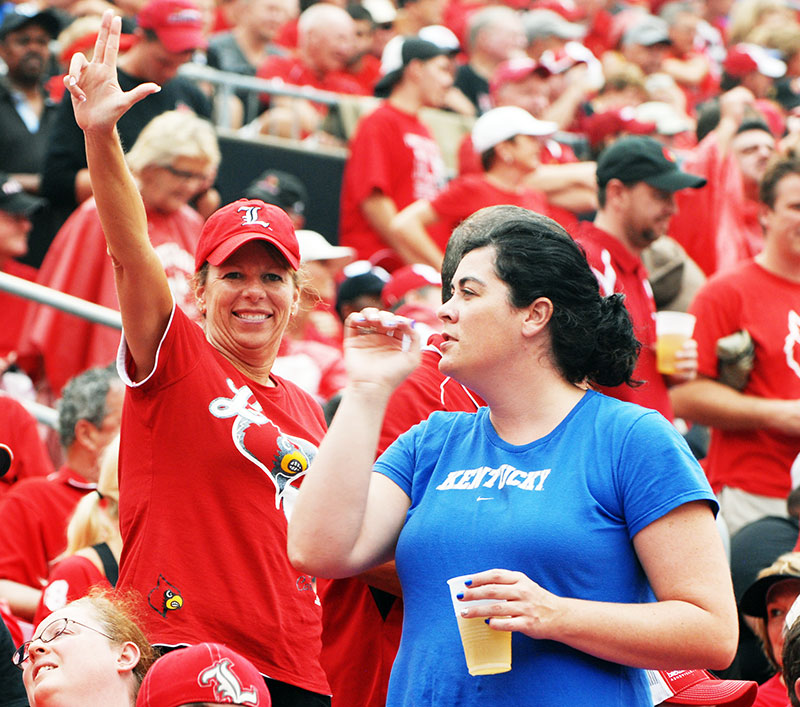 Ever wanted to flip the University of Kentucky hat off the head of a complete stranger? The observer has to admit he has been tempted but knows that it would only lead to further interaction.

He keeps telling himself that behind the blue facade these people are good people, typical of fans of sports teams across the country. People drawn to a particular program, usually because of where they are born, their choice having been predetermined for them.

Another voice tells him, however, that UK fans are among the worst. That they are universally unaware of how the world perceives them, hearing or seeing no evil when it comes to the state or their basketball program.

This same voice makes the observer to wonder whether some UK fans have tunnel vision, especially those of them who live and work in Louisville Metro. The people who live across the street and next door, for example. People who consider themselves Kentuckians rather than Louisvillians, non-accepting of the specialness of their home town — a phenomenon separating neighborhoods and the community, even families, when it comes to sports.

The only sure way to ensure a measure of tranquility is for the University of Louisville to defeat Kentucky in the sport their fans love the most, beat the Wildcats in basketball.

An opportunity for that to happen comes this Friday in the Sweet 16 of the NCAA tournament. Knock them out of contention, deny them a shot at their most cherished goal of a ninth national championship, send Kentucky home with an 11th loss, and draw the curtain on one of their most disappointing seasons ever.

If their team disappears, there won’t be any Big Blue hats around for at least a couple of months.

7 thoughts on “Key to co-existing with UK fans”