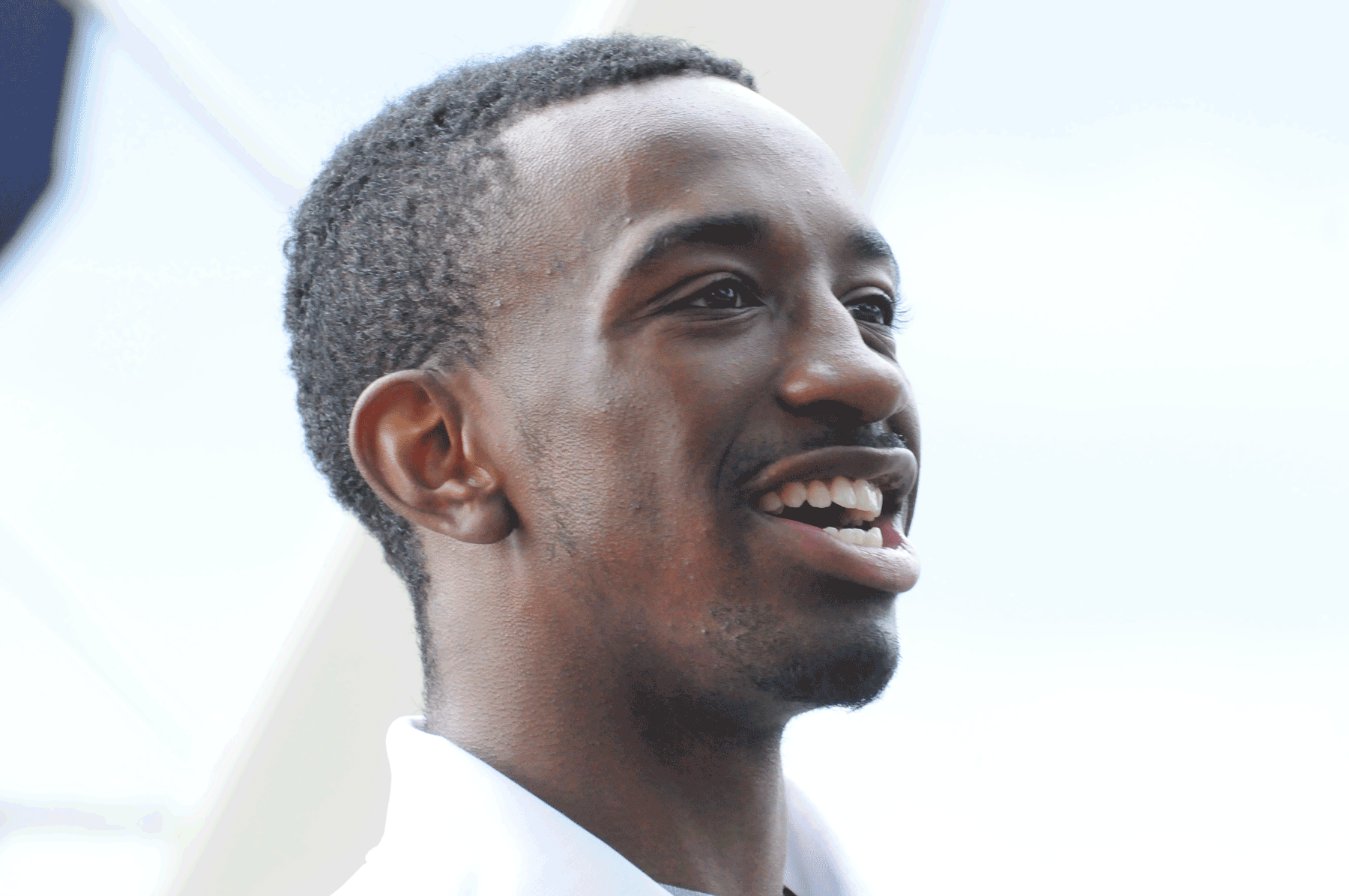 Saint Louis has finally made the game ugly enough to go ahead 29-27, with the University of Louisville missing its first 10 shots in the second half.

During those five and a half minutes, Stephan Van Treese blowing a point blank tip in, Chris Jones clunking on three attempts, including a layup, Montrezl Harrell missing three beneath the basket, Luke Hancock ricoheting three three-point attempts while committing two turnovers, and Russ Smith, playing with a thumb wrapped in tape, air balling a three-point attempt.

The outlook not good at this point for the defending national champions. Going downhill fast.

Russ Smith, his eyes glazed, his body aching, his thumb no longer wrapped in tape, somehow asserting himself, connecting on a floating jumper in front of the basket to tie the score. Stepping to the free throw line 40 seconds later, sinking two free throws to put UofL back in front. An absolutely critical sequence, Russ, the catalyst, ensuring it happens.

Not to be overlooked during the turn-around is a rare reverse layup for Stephan Van Treese.

A nice recovery by Russ after an error-plagued first half during which he is committing a career high six turnovers in one half and making one of four field goal attempts. He would, however, come through with five assists in the second half, three of them to Luke Hancock, and have a total of seven assists to go with his seven turnovers and 11 points .

Hancock, feeling the Saint Louis pressure, awkward at times, kicking or turning the ball over three times. Making two of his four three-pointers, both of them assists from Russ Smith, at crunch time.  He would have three assists and three steals with 21 points on his stats line as well.

Montrezl Harrell, hoping to meet one of those offensive-minded opponents sometime during the tournament, finally getting his only basket stuffer with 55 seconds left in the game. Harrell should get his wish in the Sweet 16 against either Wichita State or Kentucky.

Six days for Russ Smith to recuperate, hopefully returning to a full semblance of himself.

2 thoughts on “Russ there when Louisville needs him against St. Louis”