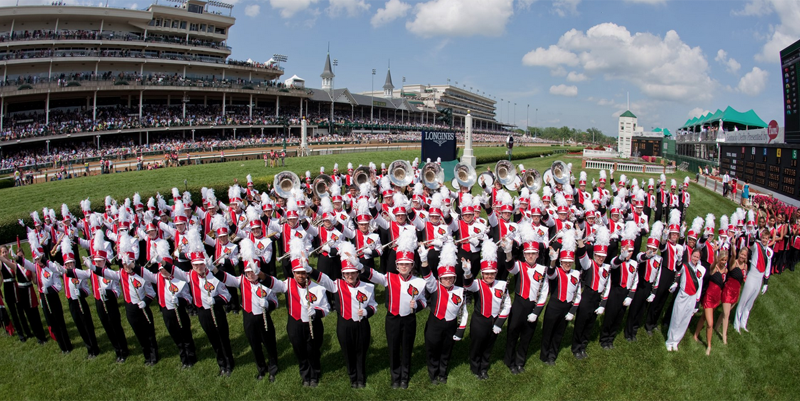 One has to wonder how much longer the singing of “My Old Kentucky Home” will occur at sporting events in the Bluegrass. Anything associated with slavery is a candidate for extinction, based on the current atmosphere surrounding racial issues.

The University of Louisville band, which has performed at the Kentucky Derby for a couple of decades, was still playing the music before UofL football games last season. Probably not going to happen this year, no matter how all the drama with Covid-19 pandemic pans out. Not that that would bother this Ohio-born observer all that much but the kids and grandchildren raised in Kentucky will miss the song.

An 800-pound statue of Stephen Foster, who wrote the song, was removed from a prominent location in Pittsburgh a year ago today. The Pittsburgh Art Commission determined that the statue, which included a barefoot African-Amer­i­can banjo player seated at the famed com­poser’s feet, was considered “outright racist.”

The Kentucky State Legislature partially dealt with the song’s lyrics in 1986, passing a resolution to change a portion of the first verse from “darkies are gay” to “young folks are gay.”  They didn’t bother, however, to delete the references to darkies and slavery in the the second and third verses. An unfortunate mistake for the folks who get sentimental and tear up at the uplifting “Weep, no more my lady” portion. Whether that would have made a difference in today’s combustible atmosphere is questionable.

Emily Bingham, daughter of a former Courier Journal publisher, spent several years researching a book tentatively entitled, “Sing One Song,” about the state song. “You can look at the song as kind of a sonic monument; it still lingers in our ears,” Bingham said in 2018. “But it’s a very slippery subject because part of the story is about race. A big part.” No word on how that book is coming along, maybe she’s waiting for the final chapter to unfold with the current environment.

CJ columnist Joe Gerth last year called for the Kentucky General Assembly to pass legislation removing the designation of “My Old Kentucky Home” as the state song. Gerth, who writes as much on race as politics these days, pompously demanded:

“Churchill Downs needs to say it won’t allow the song to be played before the Derby. The University of Kentucky, the University of Louisville, and any school that plays the song at sporting events need to stop. Now. To celebrate slavery in Kentucky, as if the barbaric institution was better here than elsewhere, is just wrong.”

The current focus appears to be on police brutality and Confederate statues. The day is rapidly approaching, however, when singing the lyrics to “My Old Kentucky Home,” either the revised version or in the original form,  in public or private, will be considered racist. That’s if it isn’t already considered taboo by individuals leading the current debate on such issues.

Many wonderful memories associated with the song, historic events, big and small. One is reminded of a cold Derby Day a few years ago. A dark, miserable day, starting with snow in the morning and rain later in the day. Spectators freezing most of the day, their damp clothes clinging to their shivering bodies. But then just a few minutes before the Run for the Roses, the clouds clearing, the crowd breaking into a roar, the UofL band playing “the sun shines bright” as the horses enter the track.

Those days are gone, soon becoming a distant memory. Weep no more and say goodbye to “My Old Kentucky Home.”