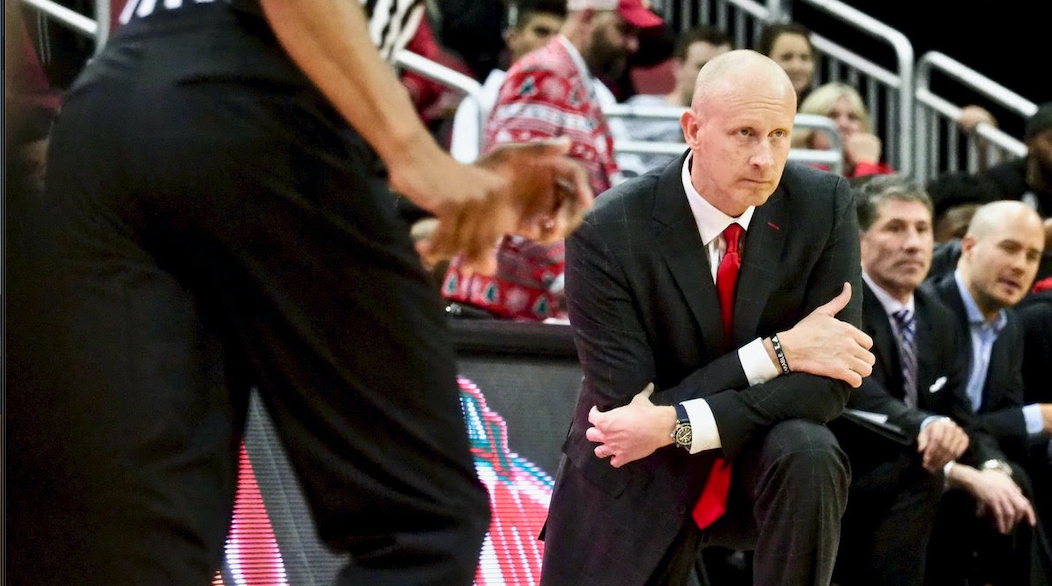 The college basketball season is a long drawn out mixture of highs and lows, ups and downs for its teams. I like to look at the season in segments. Preseason. End of non conference. Midway through conference. Beginning of post season. Lots of opportunities to change opinions.

With February 1 quickly approaching and the halfway point in the Atlantic Coast Conference race, here are some thoughts about the Louisville Cardinals (15-5, 6-1).

Play hard. Solid defensively. A little inconsistent offensively. And where would this team be without graduate transfers, guards Christen Cunningham and Khwan Fore?

Cunningham has been consistent with his point guard duties most of the season and has turned into more of a scorer lately. One can count on his passing to get the ball to the right place. Or he will drive to the basket and get points and get fouled. His 3-point shooting has been good as well.

Khwan Fore is more of a defensive oriented guard. Against North Carolina State he had season highs of nine points and four assists were pluses while forcing the Wolfpack into several turnovers. He followed that with eight points in a win over Pittsburgh, Saturday.

Though undersized, Cunningham and Fore  pressure teams into mistakes and don’t turn the ball over –must-have qualities for a starting backcourt.

Malik Williams, a 6-foot-11 forward, is interesting. He loves hanging around the three-point line and can make the long jumpers occasionally. He is 17 of 47 though 20 games from three. When he gets inside he can rebound and block shots.

Steven Enoch, the 6-foot-10 transfer from UConn, is the most improved player on the team. Against Pittsburgh his 12 points and 11 rebounds were much needed. His scoring and rebounding averages are up to 9.7 points and 5.4 per game.

“Those guys are big. They’re physical,” said Pitt Coach Jeff Capel. “I think the growth of their team, in my opinion, has been the use of Williams and Enoch. I think those guys have played at a different level since we faced them the first time.”

Jordan Nwora is the most consistent scorer averaging 17.3 points and 7.8 rebounds. When his outside shooting touch isn’t there like against NC State and PITT he has found other ways to score like driving to the basket and getting easy baskets in the paint.

Forward Dwayne Sutton provides grit, toughness and is fun to watch. “He (Sutton) just wants to win,” said Louisville Coach Chris Mack. “He doesn’t care how many points he scores. People said you are going to love coaching Dwayne Sutton,” A hometown guy from Manual High is a crowd favorite.

Ryan McMahon comes off the bench and shoots from just about anywhere. Although small and not as athletic as some of his teammates he seems to get the job done with his ball handling and occasional steals. His free throw shooting at 93 percent is outstanding. He has improved as a defender.

V.J. King comes off the bench and has been spotty with his play to say the least. He will be needed as the season gets deeper and players ware down with bumps and bruises. If guard Darius Perry could find his game it would be a plus.

This team isn’t deep. Foul trouble and injuries, could have major effects as the schedule enters the stretch. After a game at Wake Forest (8-11, 1-6) Wednesday, the February schedule has ranked teams North Carolina, at Virginia Tech, Duke and Virginia twice. Other games at Florida State, at Syracuse, at Boston College will be difficult. Clemson and Notre Dame have struggled some.

Nothing will be easy. I’ll say the Cards go 6-5 in their final 11 games. They could play well and still not get six wins.

“We take inventory after every game,” said Mack. “I know that this is the same opponent (Pittsburgh), but we all have to continue and improve and grow. We need to grow in all areas.”