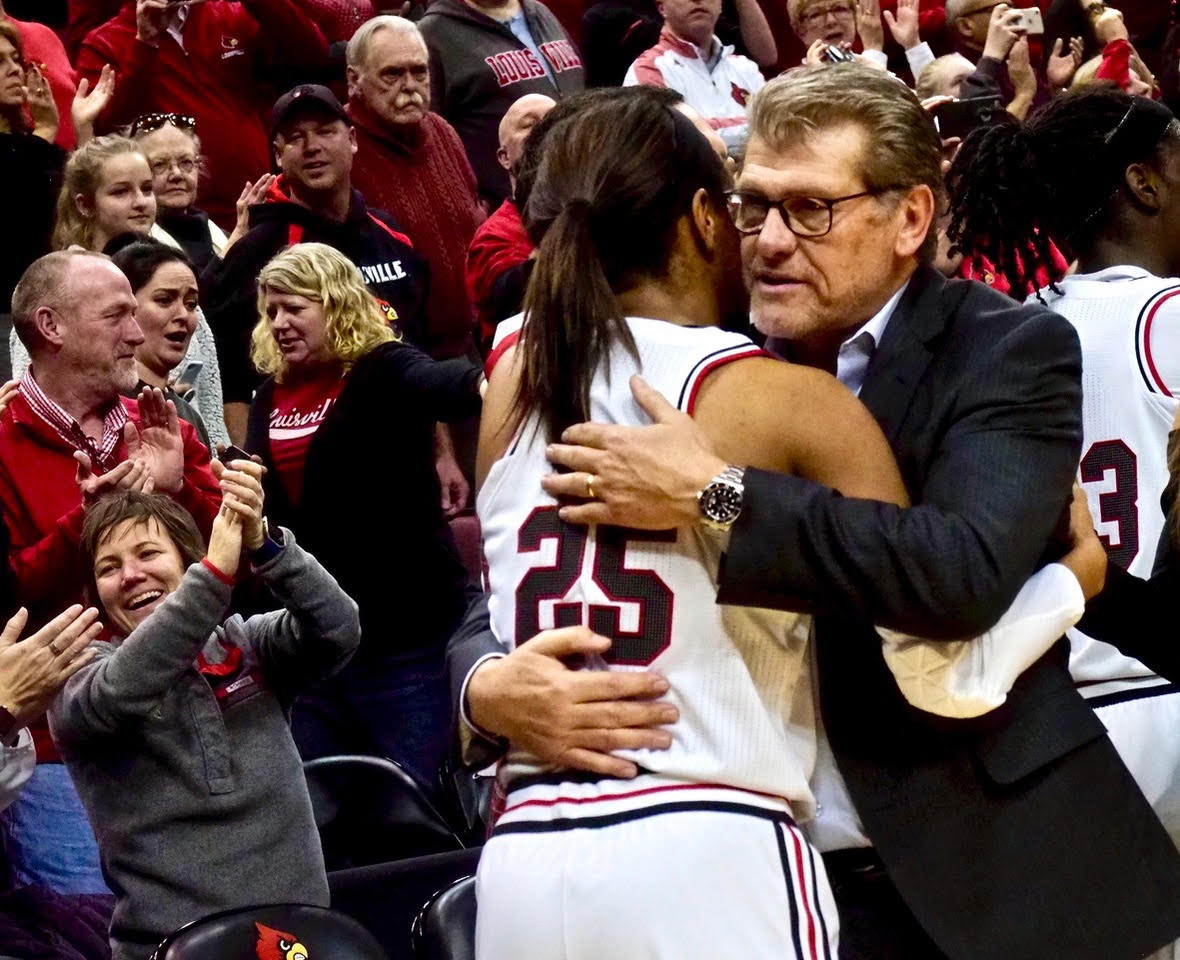 A long time between wins, so many futile efforts, numerous beatings at the hands of UConn over two decades.  Two days before Ground Hog Day, concern and fear about another possible blowout. Been there in many of those 17 straight losses.

In the past, hang with them for a couple of baskets, throw the ball away a couple of times, and wave goodbye. That scenario quickly coming to mind with UConn jumping out to a 6-2 lead. Here we go again?

Not this time, not with this year’s edition of the University of Louisville women’s basketball team. Not even with leading scorer Asia Durr being held scoreless in the first quarter, missing all four of her field goal attempts. Not to worry, Jazmine Jones, Sam Fuehring and Dana Evans were taking up the slack, unfazed by the opponent, giving Asia time to find her shooting touch.

No intimidation, no regrets, no coulda, woulda, shoulda’s this time around, a premier performance in front of a national ESPN television audience and a crowd of 17,023 fans at the KFC Yum! Center. Third-ranked Louisville handing second-ranked UConn a 78-69 defeat, their second loss of the season. Improving their own record to 20-1 in the process.

“At the end of the first quarter, Asia was sitting there on the chair and I told her to smile,” said Coach Jeff Walz. “Put a smile on your face. It’s 21-21 and you’ve got great teammates. Embrace that and enjoy it.

“She smiled and said, yes, I do have great teammates. She is so unselfish and special, and that’s what makes her such a good player.”

Durr would warm up quickly in the second quarter, hitting her first 3-pointer in the first 54 seconds. She would follow that up with three more 3-pointers and 14 of her team’s 19 points to give UofL a 40-38 lead at the half. She would lead all scorers with 24 points for the game.

UConn Coach Geno Auriemma, unaccustomed to losing basketball games, was in a state of shock at the post-game press conference, saying his two-loss team had a lot to learn. “We made a lot of mistakes tonight and Louisville took advantage of every one of them,” he said. “We struggle with teams that have the size and quickness that Louisville has.”