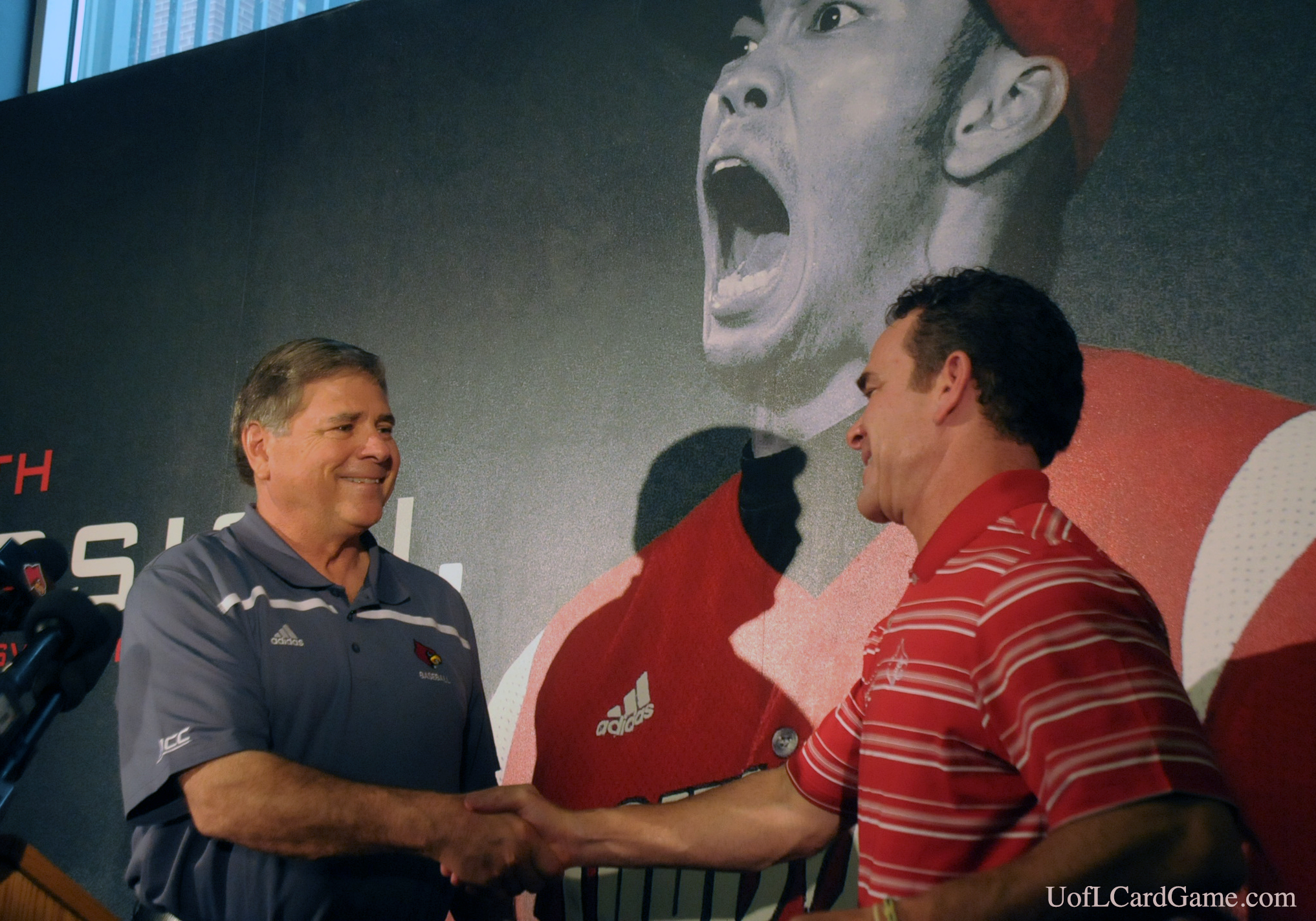 Appropriate that the backdrop to a press conference announcing a big raise and contract extension for Dan McDonnell would be a blowup of a happy University of Louisville baseball player.

A day after Tom Jurich announced that he would fight any effort by the University of Texas to lure McDonnell away from UofL, the vice president of athletics was announcing a new $1 million salary and a 10-year contract for the Louisville baseball coach.

The background photo just happened to be John Dao, a co-captain of the 2009 UofL baseball team which came within two wins of making it to a second College World Series. Appropriate that Dao is in a celebratory mood because McDonnell evokes that kind of support from current and former players.

“If there’s a better coach out there than Dan McDonnell in the baseball world, I have not seen him,” said Jurich. “His players are always excited, they always come to win. He instills his own confidence in them.”

Under McDonnell, who is 453-189 in 10 seasons at the helm, UofL has won seven regular season conference championships. including back-to-back ACC titles, and been to three College World Series.

“He loves winning, he’s averaged over 45 wins over the last 10 years,” Jurich continued. “But what I think what he’s done for those young men is more important than any of those wins or any of those world series’ trips. He’s very thankful, he’s very spiritual and he knows exactly what he wants. He’s just a great coach and an exceptional leader of young men.”

McDonnell said Jurich is always two steps ahead of him, anticipating the program’s needs and encouraging his coaches to aim high.

“You gotta have players,” said McDonnell. “Baseball is a players’ game. I can’t call a fancy offensive scheme, I can’t call a double pick, I can’t call an option or a screen pass. You hand the ball to the pitcher and say go get ’em … We don’t have a lot of signs, or make a lot of calls during the game. We trust our kids, we pat ’em on the rear and say play hard. And that formula has worked.”

McDonnell is believed to be among the top three highest paid college baseball coaches.

One thought on “Tom Jurich with another milestone, a million for UofL baseball coach”