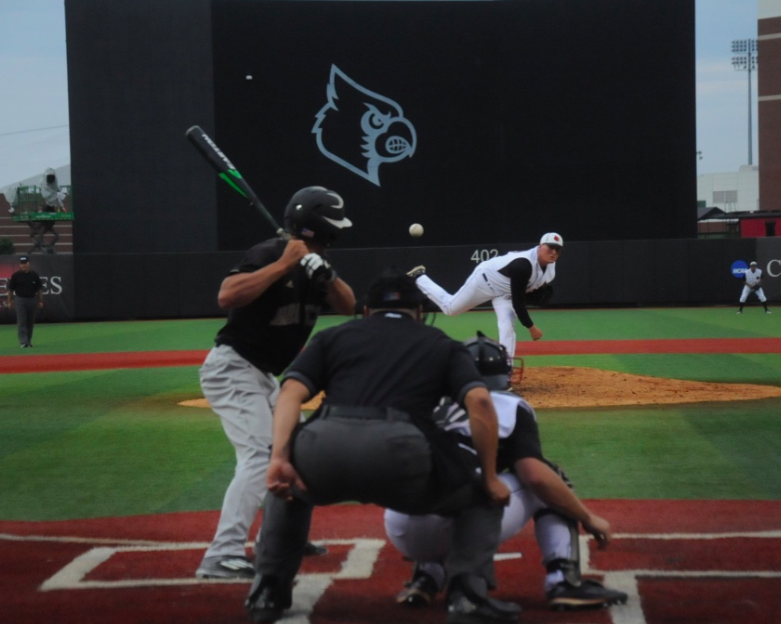 Kyle Funkhouser could have gone extra innings if necessary. But Coach Dan McDonnell knowing he may be able to use him again in a couple of days.

Funkhouser under total control, thank you, in the first game of the Louisville NCAA Regional, getting his team off to a good start. The 6-foot-3 senior allowing only four hits over eight innings in a 6-1 win for the University of Louisville over Western Michigan.

A game witnessed by 4,770 fans at Jim Patterson Stadium.

The MLB scouts, preparing for another draft in less than a week, taking note of Funkhouser’s resurgence after a shaky start this season. The likelihood of getting picked again in the first round for two consecutive years improving greatly.

Funkhouser improving his record to 9-3 this season, 35-12 all-time over four seasons at UofL. May be rounding into top form at just the right time. Maybe, just, maybe, nothing is ever certain in baseball.

Corey Ray, another big time prospect, having a nice night as well, going three-for-four with three singles while batting in a run. He stole second base all three times, raising his stolen base total to 42, best in the nation.