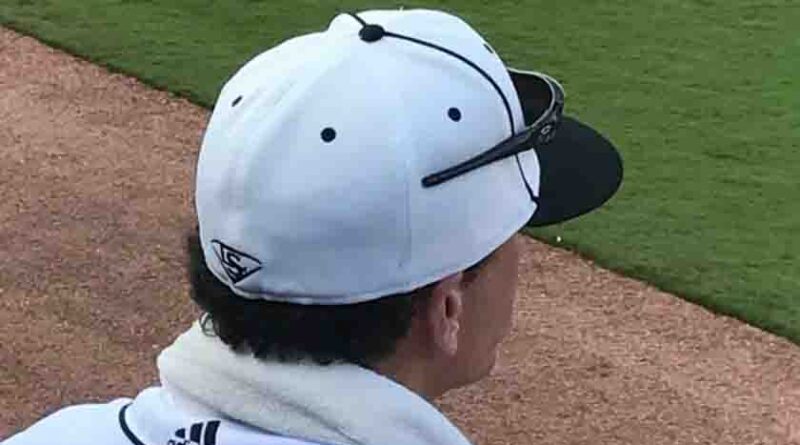 So much promise with so few results for the 2021 UofL baseball team (CardGame photo).
Baseball
Charlie Springer 2 min read

Finally over, the most frustrating season in a couple of decades for University of Louisville baseball.  Playing themselves out of the NCAA tournament for the first time since 2011, swept in three late-season series, winning only two of their last eight games. A season that felt more like 12-40 than the actual won-lost record of 28-22.

That painful.  The observer actually resorting to changing the TV channel when it became obvious UofL is going down with a whimper again. Baseball can be a long drawn out game, doubly so when there is little hope.

Seemingly so many games in which they grabbed early leads, only to see the starting pitchers or relievers unable to find the strike zone.  Giving up base clearing home runs when they have to throw the ball over the plate. The final game a 9-8 loss to Georgia Tech in 12 innings. A game the Cardinals should have won easily, but unable to come through at the plate. leaving so many runners on the bases. A familiar story in so many losses.

Oh, there were some highlights, including a two-game series win over Florida State, a 7-2 victory over then-second-ranked Vanderbilt, and a 12-5 win over Kentucky in Lexington after losing the first game with UK at home. But the highlights were seriously devalued with losses against the likes of Western Illinois, Morehead State and Eastern Kentucky.

Batting slumps going up and down the lineup, sore arms and other injuries to good pitchers who would get little exposure.  One hitter, a potential early round draft pick, taking a while to find his hitting eye. Some pitchers getting extra action, others seeing very little.  Some hurlers moving from relievers to starters and back again to relievers. One reliever having given up only one home run in his first four seasons giving up more than 10 in his final season.

Coach Dan McDonnell, who has taken five UofL teams to the College World Series, at a loss to explain where things went wrong. With all of his success over 15 years, McDonnell, with a 640-266 won-lost record, made baseball popular with Louisville fans. Locals hanging on every pitch and every at-bat, especially during post season play.

Taking responsibility for all the potential that failed to be realized this season.

“As coaches, you always feel that’s our job, that’s our responsibility to help these kids be their best. It’s a growth mindset,” he said. “The fixed mindset, you got to be careful. As successful as we’ve been, I don’t ever want to have a fixed mindset. I believe me, I got to grow in areas, and I’ve got to get better.”

So disappointing, especially after an abbreviated season in which Louisville had been the pre-season pick to dominate college baseball. The 2020 season cut short by Covid-19 woes and the departure of numerous starters to the Major League Baseball draft. The Cardinals could lose as many as 10 players to the draft this season.

McDonnell, in effect, is starting out all over again  at UofL. He’s been there before but this time with a chip on his shoulder. He will be back, more motivated, much more motivated.