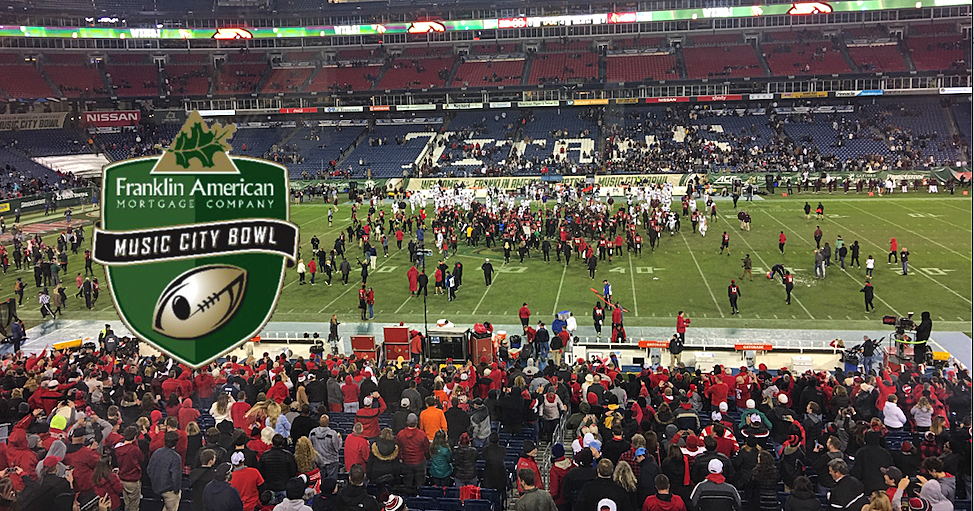 The chant from the partisan University of Louisville football fans started low and continued to grow until it echoed throughout Nissan Stadium late in the fourth quarter. The Mississippi State faithful had already headed to Broadway to drown their sorrows.

Such a sweet victory for everyone associated with UofL, a football team needed to totally reinvent  itself after a 2-8 record from hell last season. Crawling back from humiliation and emptiness to an amazing 8-5 record and a bowl win. A team that lost 22 transfers in addition to its senior class.

The final score, making many UofL fans proudly take second, third and fourth looks at the scoreboard, was Louisville 38, Mississippi State 28. The first bowl victory for the Cards since Lamar Jackson and company defeated Texas A&M in 2015 at the same venue.

UofL seems to like Nashville. For the second time this season and third time in four years the Cardinals came away with a victory. None of those last minute heroics needed in this one. Louisville won in convincing fashion, with quarterback Micale Cunningham and the Cardinal offense nearly unstoppable.

The Bulldogs, favored by 4.5 points in the Music City Bowl, starting strong, building a 14-0 lead in the second quarter. From that point on, however, it was all Cardinals, scoring 31 straight points, including four touchdowns in the second half.

More than a little traumatic shortly after the kickoff, with UofL’s Dez Fitzpatrick fumbling the ball on the Mississippi State four-yard line after an eight-play, 96-yard march from its own three. Visions of the Kentucky loss looming in the minds of Cardinal fans. Only temporary, their fear would eventually be transformed into unbridled joy and pride.

A memorable day for fifth-year senior Dante Peete would score his first and only touchdown on a pass from Cunningham to give Louisville a 17-14 lead at 5:01 in the third quarter.

Then came the play that changed the game. Mississippi State quarterback Tommy Stevens fumbled around his own 35. Senior Khane Pass playing in his final game scooped up the loose ball and rumbled 31 yards for a touchdown and a 24-14 with 2:51 in the third quarter.

Cunningham was the game’s Most Valuable Player, completing 16 of 23 attempts for 279 yards and two touchdowns while running 16 times for 81 yards. Tutu Atwell finished with nine catches for 147 yards, making several highlight reel catches. Javian Hawkins carried 23 times for 105 yard and a touchdown. And how about that 33-yard touchdown pass from Tutu Atwell to Marshon Ford in the second quarter?

ACC Coach of the Year Scott Satterfield, who is 4-0 in post season play, was ecstatic. “These guys brought it every day, I’m so proud of them,” said Satterfield from the celebration stand. “All of these guys and you Card Nation. We’re going to burn up Nashville tonight, I’ll tell you that.”