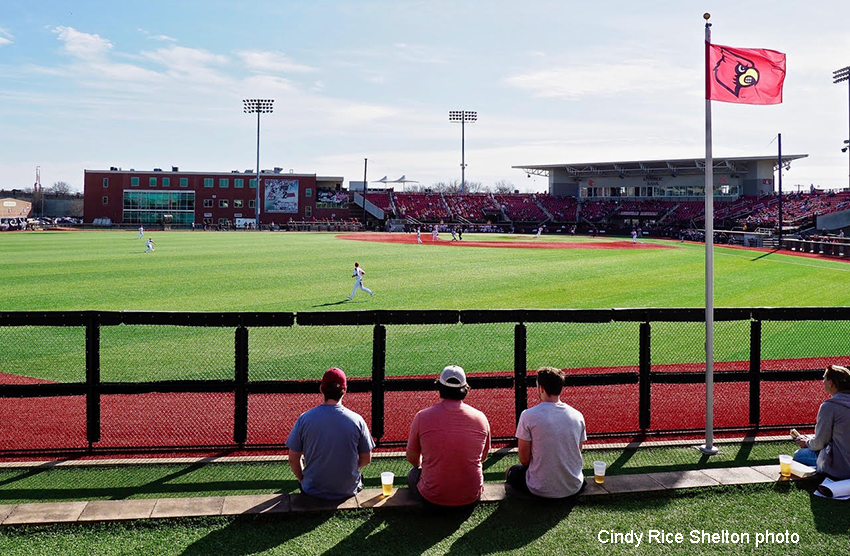 Pat Rumoro is welcomed home by his teammates after scoring the go-ahead run in the seventh inning, thanks to a two-run home run by Justin Lavey. The blow gave the University of Louisville baseball team a 6-4 win over Xavier before 2,163 fans at Jim Patterson Stadium.

Louisville also benefitted from a solo home run by outfielder Ethan Stringer in the second inning. Lavey and Stringer each have two home runs and a total of 13 runs batted in between them.

Right handed junior Bryan Hoeing was chased from the mound in the fifth inning after giving up four runs on seven hits. The win went to righty Bobby Miller, a freshman who allowed only hit, improving his record to 2-0. Sam Bordner would come to the rescue in the eighth inning with the bases loaded, shut the Musketeers down, and earn his third save.