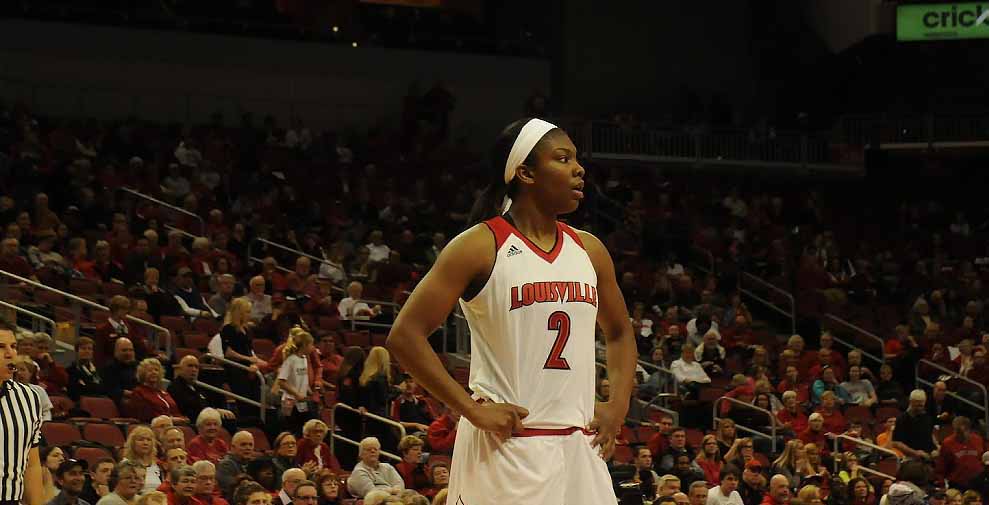 Michigan appeared to be on the verge of applying the knockout punch to the University of Louisville’s women’s basketball team, the Wolverines up 29-21 with eight minutes to go in the first half, hitting 66% of their shots.

Asia Durr getting off to a slow start, making only one of nine field goal attempts in the first half. Things were about to get out of hand in a semi-final game of the Women’s National Invitation Tournament.

But checking out was not an option, not for Myisha Hines-Allen. She would score six points over the next few minutes, keeping the Cardinals within striking range, cutting the deficit to 37-32 at the half.

An entirely different story the next 20 minutes, Louisville holding Michigan to only 12 points en route to a 74-49 romp before a crowd of 5,651 at the KFC Yum! Center.

Senior Hines-Allen resembling the Hines-Allen of her sophomore year when she was named Atlantic Coast Conference player of the year. Capturing team scoring honors with 19 points and grabbing eight rebounds. All this while holding 6-foot-5 Hallie Thome, a Big Ten standout, to only six points.

Katelynn Flaherty poured in 19 points in the first half for Michigan but was confined to only five in the second half by Arica Carter and Dana Evans.

The UofL women will face Oregon Sunday at 3 p.m. for the championship of the WNIT. They are 6-0 in the invitational, having won the title in 2013.