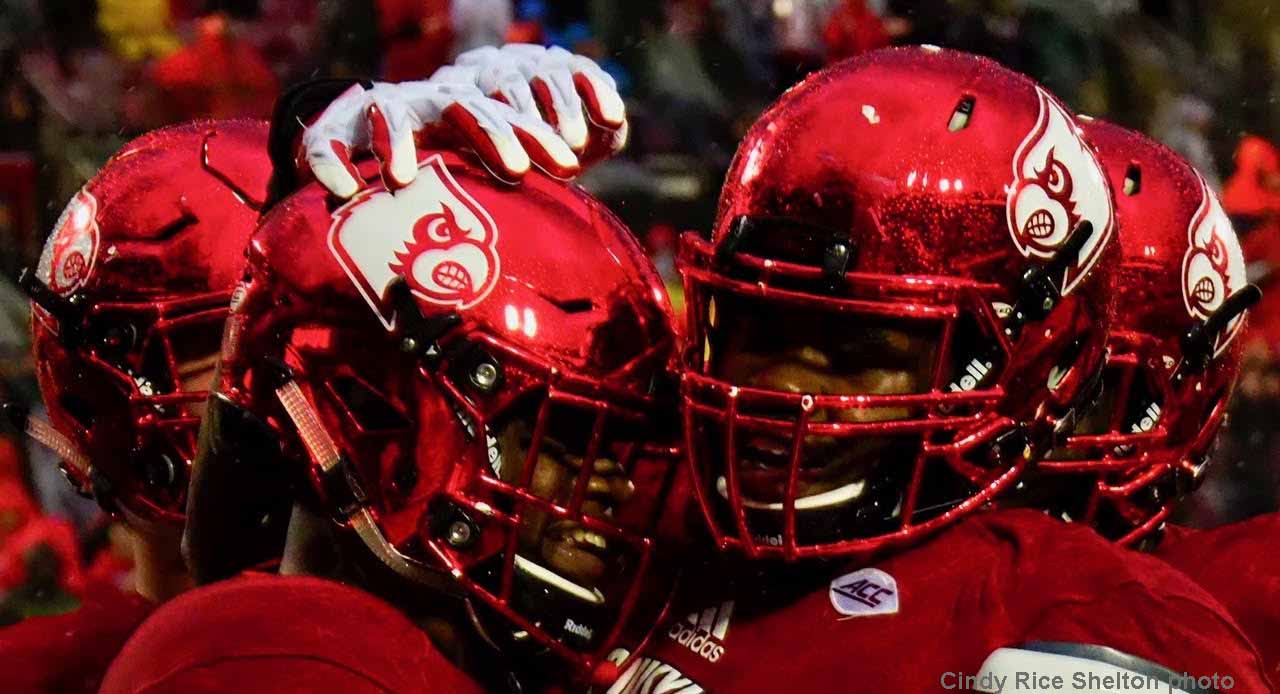 Nothing could have come close to the scary weather predictions made by Louisville’s TV forecasters during the days leading up to the UofL-Syracuse football game.  A possible storm of the decade it seemed and it was going to be confined to Papa John’s Cardinal Stadium.

The first thing to remember is that wind, rain and/or snow make for great football, creating great memories for the players and fans. The second is that the forecasts are going to be exaggerated, never matching the intensity of the people making them.

As a result lots of loyal UofL football fans were scared off Saturday, not venturing out of their comfort zones. Amazing that some 34,265 were there to enjoy one of Louisville’s most dominant games of the season, a 56-10 win over Syracuse.

Nothing special, Cardinal fans have seen much, much worse. The most loyal, the ones who chose to endure the elements, were rewarded Saturday with the honor of seeing what may have been quarterback Lamar Jackson’s final home game at PJCS.

Just another in many big games for him — 230 yards and two touchdowns through the air and 120 yards and two more touchdowns on the ground. Lamar Jackson earned legendary status during his three seasons at UofL.

All the numbers, all the touchdowns, all the memorable moments, probably never to be repeated again by anyone anywhere. Absolutely impossible to exaggerate all that he has accomplished.

Senior running back Malik Williams, happy to be taking the ball from Jackson, having his best game ever in his final home game — 180 yards rushing, including two touchdowns, including a 46-yard TD on the second play of the game, and a 56-yard run on another play.

Senior Reggie Bonnafon, also playing in his last game at PJCS, continuing to play wherever he was needed, today as a running back and kick returner. He would score two touchdowns in the second quarter — his first on a 33-yard, the second on a 34-yard pass from Jackson.

What a performance from the UofL defense, holding Syracuse to 197 yards rushing and 138 yards passing. Freshman Dorian Etheridge in on 11 tackles, including five solo’s. Senior linebacker Stacy Thomas and freshman C.J. Avery in on seven tackles. Make a note and look ahead, two freshmen for 18 tackles, more to come.

Such an enjoyable game to watch, having learned over the years how to survive the elements at Louisville football games. Great to see the defense emerge from invisibility to becoming an effective force. Nice to once again pummel Syracuse, one of those schools that would have left UofL in a lesser conference.

We’ve run out of football Saturdays again in Louisville, they always seem to go so quickly. Especially when the Cardinals are playing like they were the last two games.

One thought on “Stormy weather not that bad, Louisville football pummels Syracuse”