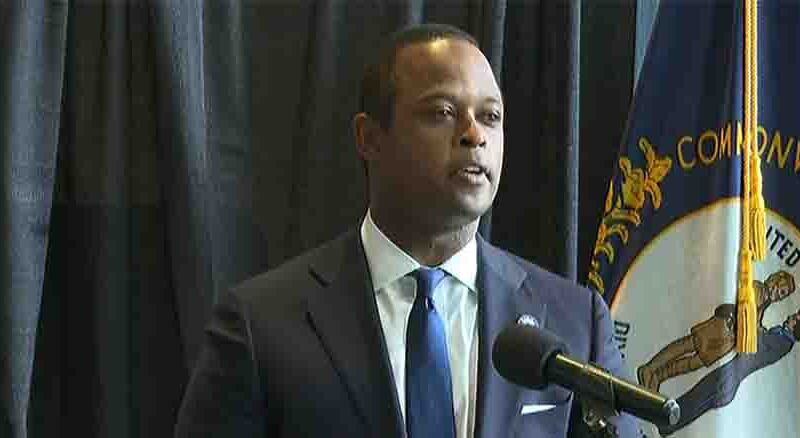 The moment of truth for Daniel Cameron, the test of personal beliefs, the substantiation of internal fortitude. They all arrived at 1:30 on Wednesday, with the entire nation watching, wondering how the 35-year-old young man from Elizabethtown would handle one of the society’s most polarizing judicial cases.

If adhering to one’s principles is a measure of one’s character, Daniel Cameron passed all the tests with flying colors. This is a special individual, one who can be trusted to do the right thing in the face of enormous pressure. One who emerges as a leader while a considerable number of people in key positions are going in the opposite direction.

Many people would disagree, especially among those in the crowds of protesters with preconceptions about injustice jamming the streets of major cities. Similar sentiments coming from agenda-driven news media, seemingly eager to label more than half of the nation’s population as racist while indicting the country’s police forces in the process. The late-night comedians on TV, the witty women on the morning and afternoon talk shows, even the anchor persons on the network news –an overwhelming majority of them adopting racism anti-police narratives to bolster ratings.

But similar commentary about the police coming from surprising sources. University of Louisville President Neeli Bendapudi, for example, actually describing the death of Breonna Taylor in UofL Magazine as “murder,” putting “Louisville at the epicenter of the fight against police brutality and systemic racism.”  The UofL leader following up on Cameron’s announcement with more of the same, stating, “Today’s announcement of charges does not change the fact that Breonna Taylor was killed in her home, another Black woman who lost her life at the hands of law enforcement. It does not fix a system that allowed that to happen.”

This coming from the chief executive and face of a university with a law school and criminal justice studies. An individual picked for her ability to positively impact the lives of students, faculty and workers under her leadership. One would expect that someone in such a position would respect the opinions of a grand jury, their familiarity with the actual evidence, and a collective commitment to getting to the facts of the case. Perhaps, even some of our most valued institutions, much like the news media, are giving up any pretense of neutrality and objectivity to advance the cause of emotionally-laden outcomes.

Playing to the lowest common denominator. Not statesmanship. Not even close.

Daniel Cameron just happens to be a UofL graduate, earning a Bachelor’s degree as a McConnell Scholar in political science  and a law degree from the UofL Brandeis School of Law. He was selected by the University to give one of the student commencement speeches at the 2011 graduation ceremony. He also played football for the Cardinals.

With the extreme impatience of the protesters demanding “justice” for Taylor, Cameron’s leadership on Wednesday are that much more impressive. Cameron did not make the decision about the three counts of wanton endangerment against police officer Brett Hankinson. Members of the grand jury did that. The easier thing, the political thing, for Cameron would have been to exert his influence on the grand jury, pressuring jurors to indict all three police officers. That would have made things much easier for him, the city and the nation. But Cameron apparently didn’t apply pressure, allowing the grand jury to examine the facts and draw their own conclusions.

Crowds in the streets say they want justice but shout down any other opinions.  Due process is for them, not the other guys. How about some respect for the people who had to weigh the facts? Cameron and his staff slowly and deliberately gathered information and facts, and witness accounts, including ballistics results from the FBI. This information was turned over to the grand jury to make decisions.

Prejudging by the people on the street, the talking heads on TV and radio is not consistent with pursuing justice. Likewise, bending the course of the rule of law to fit emotional arguments would is the worst possible approach to justice.

UofL graduates should be proud of the actions of Daniel Cameron. He never wavered from the start, retaining a laser focus on the evidence and facts in the case.