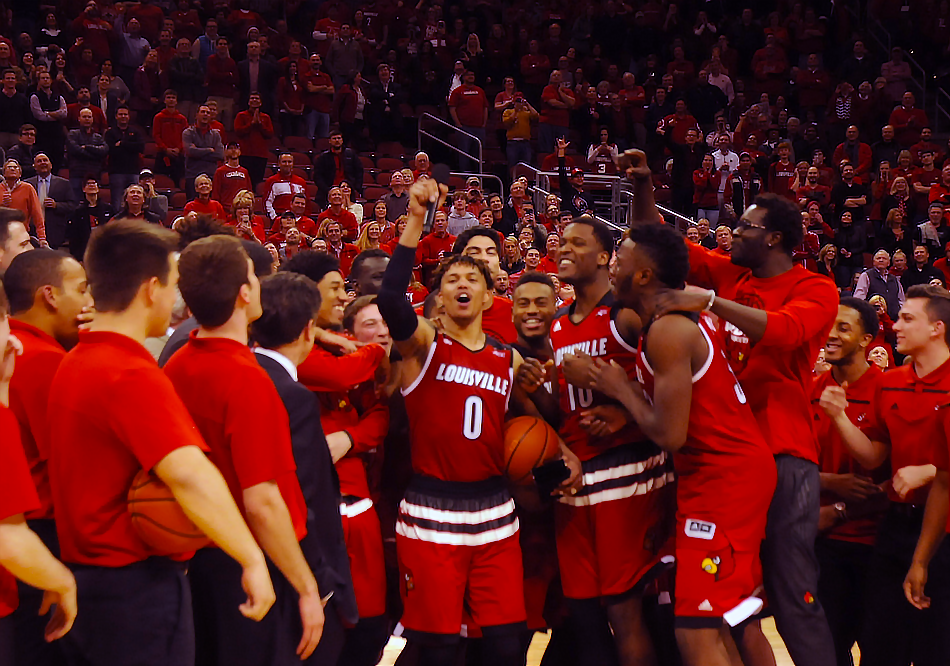 So many tears before and after the game, coaches, players, parents, spouses, girl friends and fans. The final game on the home schedule, time to bid farewell to a special group of players, Senior Night has arrived.

Time to really say goodbye to Damion Lee, Trey Lewis and Dillon Avare. The end of an abbreviated season but one road game away. No NCAA basketball tournament, no ACC tournament, end of the road.

Still much to celebrate for a team that had such low expectations entering the 2015-16 season, so few point-makers returning from last season, picked to finish seventh in the conference, no among the top 45 nationally. The University of Louisville is ranked No. 11 in the country with a 23-7 record and is a half game out of first place in the ACC with a 12-5 conference mark.

Georgia Tech was not impressed, wanting to leave a lasting impression before the 22,043 fans at the KFC Yum! Center, wanting to spoil the farewell party. The lead would change hands eight times before Damion Lee would collect his 2,000th collegiate point on a 3-pointer, giving his team a 37-34 lead, putting UofL ahead to stay.

Louisville would extend its lead to nine points at one point but then went scoreless for five minutes, giving Georgia Tech a second life.

Time for some heroics from Chinanu Onuaku, who could conceivably be in the NBA next season if it’s true the NBA drafts on potential. Stepping to the line with that granny delivery of his, sinking two free throws, capping a night on which he had 17 points, 11 rebounds, three blocks and two steals.

Damion Lee would need to sink two more to ice the game, giving UofL the 56-53 win, salvaging a happy ending and sparring everyone in attendance of many more tears had things gone south.