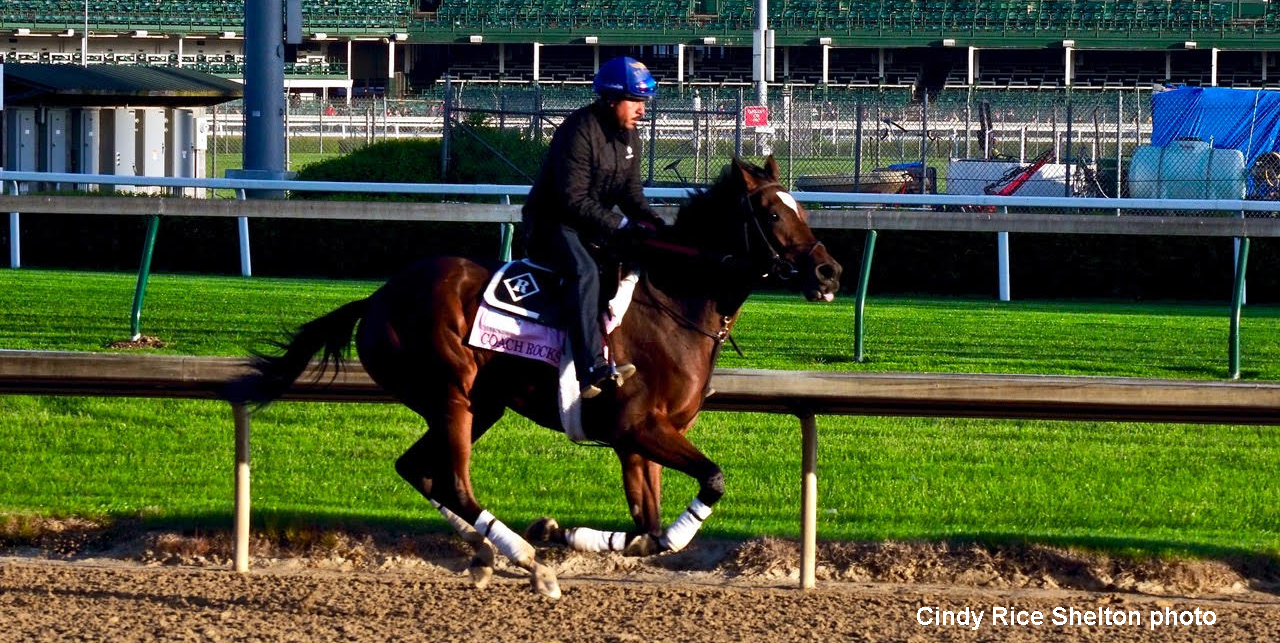 One person was conspicuously missing as the Thoroughbreds worked out early Wednesday morning at Churchill Downs. Conspicuous because he would normally be vying for media attention.

Rick Pitino nowhere to be seen. But there was his horse, Coach Rocks, the  filly he co-owns. Under the watchful eye of local trainer Dale Romans and with jockey Luis Saez in the saddle. Preparing for the Kentucky Oaks.

Sad for her biggest fan.

Pitino should be here, enjoying all of the Kentucky Derby activities that make Louisville the place to be for celebrities from around the world during the first week in May.

But the University of Louisville basketball coach for 16 years says he isn’t coming back to the city, not as long as David Grissom and John Schnatter are UofL Trustees.

His horse overtook the favorite Take Charge Paula in her last start, winning by eight lengths in the $250,000 Gulfstream Park Oaks on March 3.  Coach Rocks has been tabbed at 12-1 odds for the Kentucky Oaks on Friday and will be in the No. 2 post position.

Romans isn’t entirely convinced that Pitino will not be in the winner’s circle if Coach Rocks were to finish in first place. “We would love for him to be here,” he said.

Neither is Roddy Valente, the owner of RAP Racing and leading investor in Coach Rocks. “He’s going to Churchill Downs, believe me,” Valente told Bloodhorse Magazine. “He said he was never going back to Kentucky after he lost the job. He can throw that right out the door right now. He’ll be there with me.”

Pitino has been known to do the opposite of what he says he going to do. More often than not.