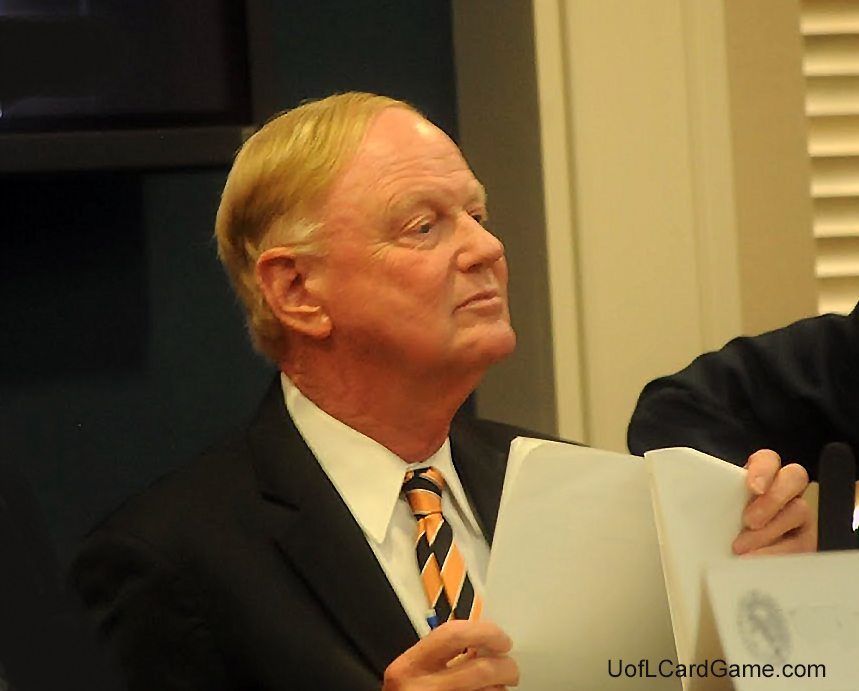 Update: The board meeting was rescheduled for Wednesday at 3:30 p.m.

The University of Louisville Board of Trustees has called another special meeting for Tuesday at 9:30 a.m., this one specifically to consider Jim Ramsey’s future role at the University. 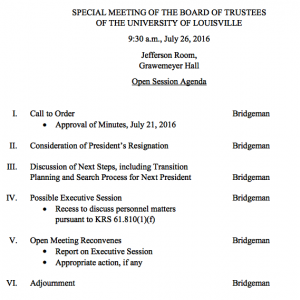 Ramsey, who became UofL President in 2001, offered to resign earlier this month while indicating that he would be willing to serve through the 2016-17 academic year.

The first item on the agenda is “consideration of President’s resignation,” followed immediately by a “discussion of Next Steps, including transition planning and search process for the next President.”

Seems apparent that the Board will accept Ramsey’s resignation. The issue to be resolved is whether he will be allowed to serve as UofL President during a transition period. The discussion may also include his role as President of the UofL Foundation.

Supporters of Ramsey would rightfully believe his accomplishments over the past 15 years at UofL have earned him the courtesy of a transition period. Advocates of an immediate dismissal would argue that an earlier departure would help remove some of the controversy that has dogged the University for several months.