Down and dirty time.

After four games, the University of Louisville football team is giving up 339.5 yards of offense and yielding 19 points per game and has limited two of four opponents to 14 points or less. 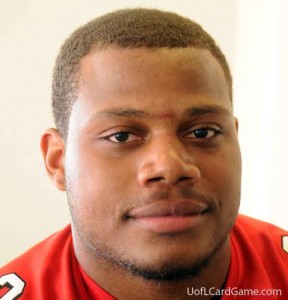 A major issue, however, is a tendency of allowing big plays, many of them on third down.

“Mistakes have been the bad thing about our defense so far, giving up little mistakes that lead to big plays and touchdowns,” linebacker Preston Brown said after practice Wednessday. “We have to cut down on our mistakes, and hopefully it should work.”

While allowing 91.8 yards on the ground, the defense did see their first 100-yard rusher in the last 11 games at Florida International. FIU is the only team to surpass 100 yards this season so the Cards aren’t being dominated in the trenches.

“You can see we’re coming out with a lot more energy and fire. Everybody is hitting more. We’re basically tackling now, so we’re having a lot more fun.”