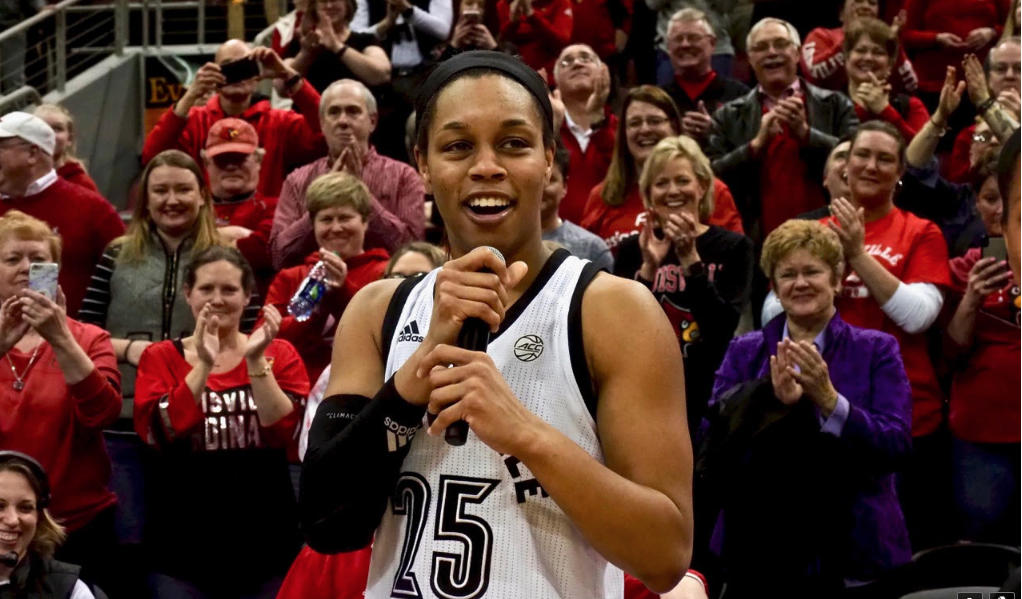 Asia Durr came to celebrate her fabulous four-year career with the University of Louisville women’s basketball team on Thursday night at the KFC Yum! Center. Senior Night for her, and another crowning jewel for 10,610 UofL fans.

This will be another one of those nights that will stand out long after Asia Durr has moved on, a crushing 92-62 defeat of 10th ranked North Carolina State. Ranking right behind milestone wins over UConn and Notre Dame over the last two seasons.

Tears all round as Asia, Sam Fuehring and Arica Carter are escorted to the court for Senior Night ceremonies. Parents, coaches, teammates and fans so proud of what the young ladies have accomplished. A special senior class leading the way to a remarkable 26-2 record overall and 13-2 in the Atlantic Coast Conference.

The tears would turn to expressions of exuberance shortly thereafter. Asia would miss her first field goal attempt but connect on eight of her next 10 shots, including seven 3-pointers for an amazing 22  points in the first quarter.

She was far from done, however, making 17 of 27 shots for the night, including 11 3-pointers, for a total of 47 points. The mark tied her previous high of 47 points in UofL’s opening game against Ohio State during the 2017-18 season. The 11 3-pointers setting a new Atlantic Coast Conference record.

Asia, with that smile of hers, crediting her teammates for finding her open time after time, making such a happy ending possible. “This is about much more than Asia Durr,” she said. “I love this team, I love my teammates.”