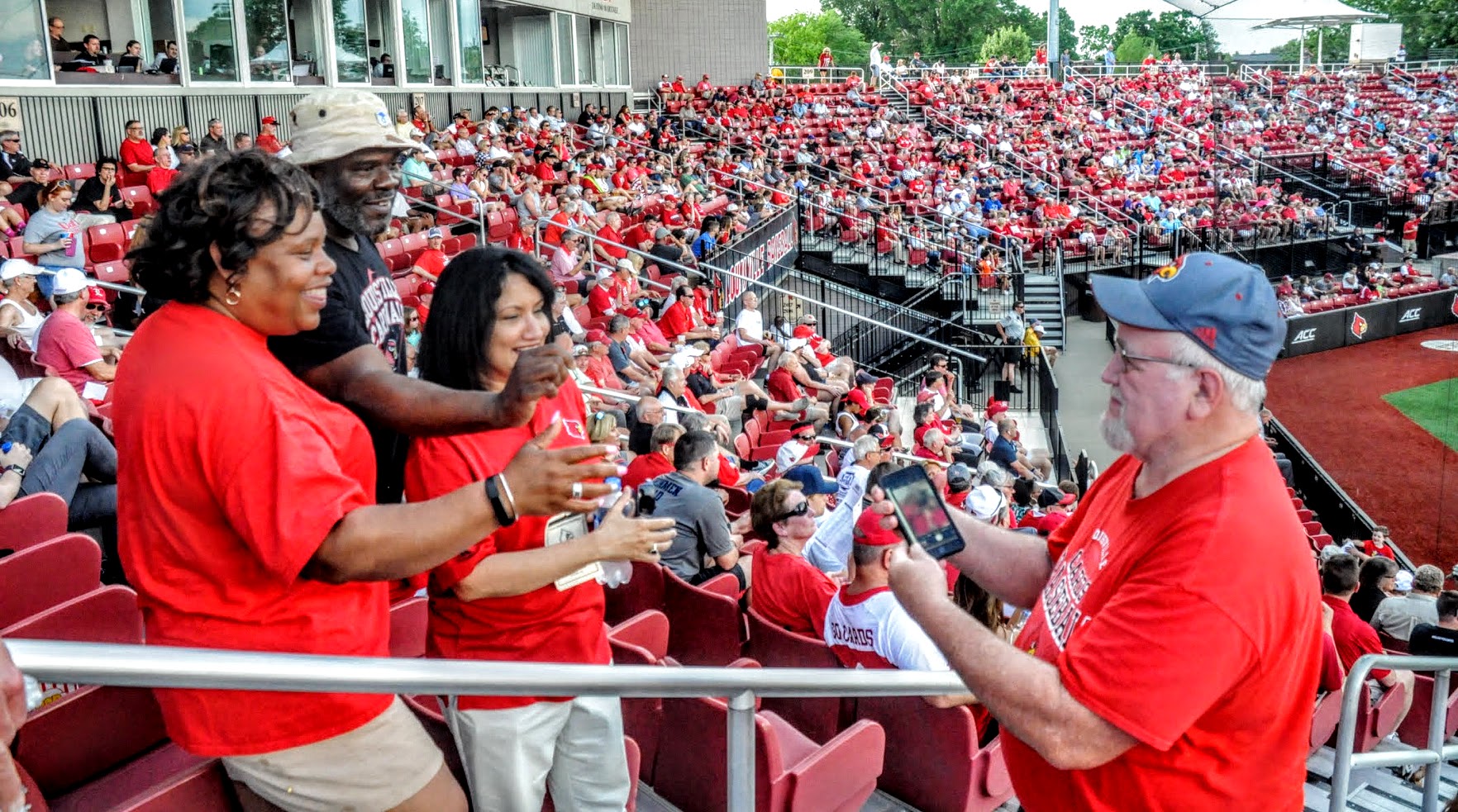 Neeli Bendapudi was scheduled to throw out the first pitch at the University of Louisville – Indiana University baseball game on Tuesday.  A few days earlier, however, she had suffered a torn rotator cuff while unpacking at her new UofL home.

Meagan Hensley, a UofL softball pitcher, would happily throw the ball for Bendapudi at her first athletic event as the new University of Louisville President.  She was accompanied by her husband Venkat, a senior lecturer in the School of Business at Kansas University.

Bendapudi departed Jim Patterson Stadium shortly after the game started, presumably for other UofL business, only to return during the seventh inning. She was seen walking the steps in different areas of stadium, introducing herself to many of the 2,257 fans in attendance.

People were eager to get to know her, letting her know how excited they were to have her in Louisville. Many of them wanting to have their pictures taken with her. Neeli, in return, happily posing with them, frequently throwing up the L sign, laughing, smiling, loving every minute of the interaction with the fans.

This observer actually had a couple of minutes before the game to chat with her, finding her to be engaging, warm and enthusiastic.  She makes a great first impression with everyone she meets, exuding a sincere and determined desire to do great things at UofL.

She’s clearly excited to be in Louisville and was busy cementing friendships for the University at her first UofL baseball game. Watch for her soon at a Louisville sporting event near you.