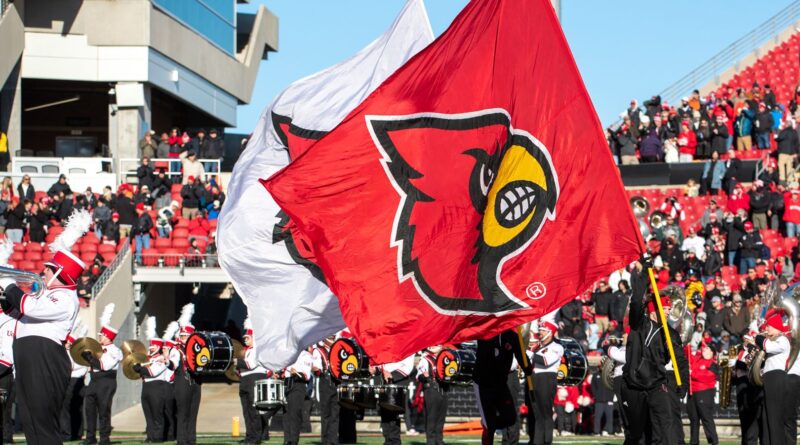 After a slug-it-out, grinder of a game, the chant started late in the University of Louisville football team’s 25-10 win over North Carolina State. On a cold windy day some fans decided it was time to warm up and remind everyone what was next.

“Beat UK, beat UK…..” began the chant with about five minutes remaining as the Cardinals (7-4, 4-4) began looking east on Interstate 64 where Kentucky was losing 16-6 to top-ranked Georgia.

In a rivalry that Kentucky (6-5, 3-5) has sternly turned into its own whipping of “Little Brother ,“ winning the last three Governor’s Cup games by an average 36 of points. Kentucky has scored 56, 45, and 52 points.

Last season Kentucky quarterback Will Levis scored four touchdowns. I imagine some of those chanting fans remember the L’s down as Levis glided into the end zone.“I usually don’t do that kind of stuff, but it’s your rival. I had to do it,” said Levis.

In the post game press conference Saturday, the Louisville players were asked about the upcoming game.

“It’s bragging rights for the entire year,” said backup quarterback Brock Domann filling in for the injured Malik Cunningham. “Everyone knows that this game decides who had a successful season in the eyes of the state. So we know we’re not going to take it lightly at all, and we’re going to make sure that we do our job Monday through Friday, so we give ourselves an opportunity on Saturday.

Rivalries can be fun. Entertaining. But this game is about an eighth win for Louisville. At one point UofL was 2-3 having just lost to Boston College. But the Louisville defense played like it’s life depended on it and was a big reason winning five of the next six.

The Wildcats are a 3.5-point favorite. Kentucky has embarrassed UofL in the last three losses, leaving little doubt about the top team in the Bluegrass. But it hasn’t always been that way. At one time the Cardinals had streaks of four straight and five straight victories in the early to mid 2000’s.

“When I was younger, the rivalry was just insane. The older guys, they really took it seriously, so it’s embedded into me now,” said senior linebacker Yasir Abdullah who is second in the nation in quarterback sacks and sixth in tackles for loss.

Kentucky (6-5, 3-5) has lost two straight and five of its last six But when the two rivals get together strange things happen. The Wildcats were a big underdog but forced four Lamar Jackson fumbles in 2016 and upset host Louisville 41-38. The following year, Jackson and Louisville repaid the favor winning 44-17. A Wildcats player threw a garbage can at Jackson went he went out of bounds during the game.

“We’re ready,” said linebacker Monty Montgomery. He was about to add some other comments but Louisville Football Sports Information Director Rocco Gasparo interrupted him. Montgomery left smiling without adding anything.

“There’s a lot of people running around this state that bleed that color blue,” said coach Scott Sattefield. “There are people in this city that bleed color blue. We know what they got. They do have an unbelievable defense. They haven’t had a great year on offense, but they don’t have to be great.”

“Sometimes people write you off ,” said Domann who started his second game. “You’ve just not got to get right back and keep grinding.”

Saturday’s game, 3 p.m. at Kroger Field, will be telecast by the SEC Network.