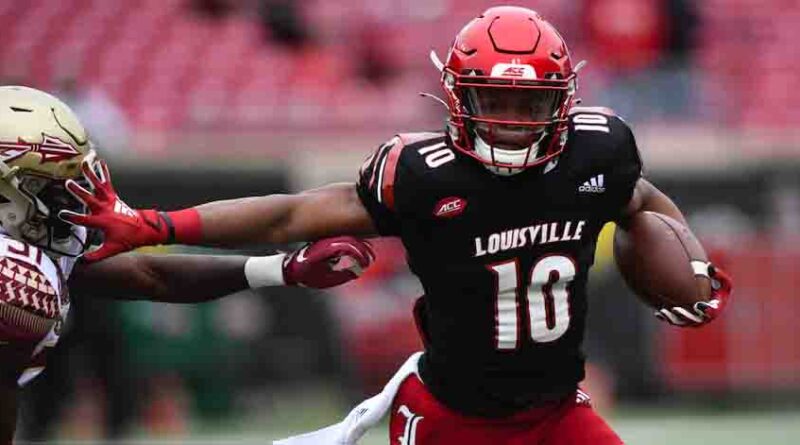 Any win over Florida State is a great one for University of Louisville football. A trouncing of one of the most respected programs in the country is a treasure.

Maybe not the program it once was, but always one to be respected. Give the Seminoles a couple of good recruiting classes of Florida recruits and they’re back as strong as ever. Take advantage of any opportunity to beat FSU and recapture some much-needed respect for the Louisville program.

A surprising and crushing 48-16 win for Louisville over the Seminoles at Cardinal Stadium. The Cardinals struck early and often on Saturday, scoring on their first five drives, solidly in control with a 17-point lead at the intermission. Florida State losing its way, reeling, so many three-and-outs, time after time. The fifth win over FSU in 21 games since 1952.

Louisville putting it all together on both sides of the ball. The offensive line giving quarterback Malik Cunningham all the time he needed.  Opening gaping holes for running back Javian Hawkins. The defensive line, after yielding a touchdown on the opening drive, clearly the more dominant force the rest of the way. They were setting a program record of 12 pass break-ups in the process.

“We needed a game like this to get us over the hump,”said Coach Scott Satterfield. “The players put in a lot of time and effort into practice this past week. It was rewarding to see them flying around and having fun again.”

Cunningham enjoying all the breathing space, completing 16 of 24 passing attempts for 278 yards and two touchdowns. Running back Javian Hawkins for 175 yards on the ground, with three touchdowns, averaging 10.9 yards on 16 carries. Wide receiver Tutu Atwell with 129 yards on three receptions, scoring touchdown on a 66-yard pass play and a two-yard run. UofL with a season-best 569 yards of total offense, including 410 yards in the first half.

The season could have continued to go south for a team that had lost four straight games after the season opener. But this was a Louisville team that was not going to wilt, maintaining its poise even after mistakes, denying the opposition any second chances to make the game competitive.

The best way to gain respect against an historic program is to win convincingly. Louisville football achieved both of those against Florida State on Saturday.