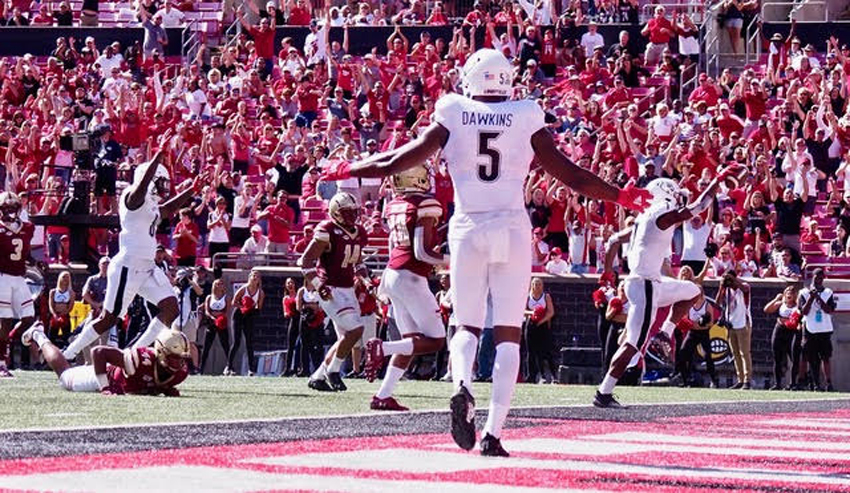 No one expected the road back to respectability for University of Louisville football to be easy. Too much ground to make up after being so far down.

Case  in point that cliffhanger of a 41-39 win for UofL over Boston College in front of a crowd of 46,007 at Cardinal Stadium on Saturday. An outcome still much in doubt after Blanton Creque makes good on a 41-yard field goal and a two-point lead for UofL at the 1:02 mark.

That play setting the stage for what would have been a heartbreaking finish. UofL badly needing a win after nine straight ACC losses since 2019. Another conference loss and UofL will be saddled with the ACC record. A collective sigh of relief  after the Cardinals give up eight shots but somehow containing the Eagles within their own 46-yard line.

A. J. Dillon, the human tank who ran for 272 yards against UofL two seasons ago, would be stopped for no gain the one time he carries the ball in that final minute. Not quite the same force he was in 2017 but still good for 118 yards on Saturday.

“None of these wins are going to be easy,” said UofL Coach Scott Satterfield. “A lot of them will probably come down to something like this. I told our guys in the locker room that we’re defined by how we finish. And you have to finish games like this, and they were able to do that. All the way to two seconds to finish the game and get the win.”

One of those games usually decided by mistakes. UofL miraculously recovering a fumble two plays before the winning field goal.  Giving Boston College a second chance during the final minute on an illegal substitution. Hanging on by the skin of their collective teeth.

The UofL defense giving up 563 yards but the offense was putting up 664 yards.  Javian Hawkins with 190 of those yards, including 177 yards rushing and one touchdown.  Only a freshman, coming attractions should be plentiful.

That same UofL defense making stops when it absolutely had to, including that surprising take-away on the 2-yard line on Boston College’s by Monty Montgomery and the first interception of the season by Anthony Johnson.

Not a pretty game, one which UofL was lucky to win — an inescapable conclusion looking back at this one. Football is a game of breaks, good and bad, with the outcomes often unpredictable. No question, though, that Louisville sorely wanted a win this day.