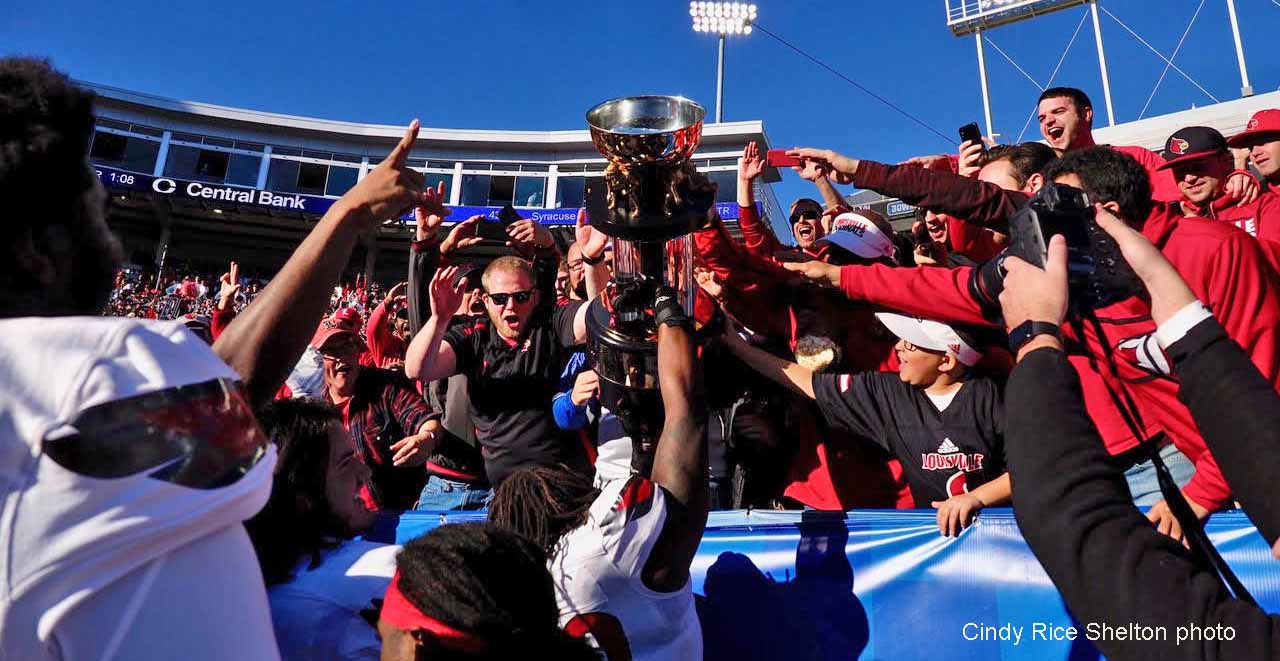 Lamar Jackson may be reaching his peak as the end of an unforgettable era draws near. Much better than the player who won the Heisman Trophy last season.

Jackson has created a lot of magical memories during his career as the Louisville quarterback but he may have waited until the final regular season game for one of his best overall performances. Couldn’t have come at a better time than in a 44-17 win over Kentucky.

Jackson has had numerous games in which he has run or passed for three or more touchdowns, surpassing 100 yards rushing and over 300 through the air. He did it so frequently that it almost became routine, something football fans took for granted.

This was one of those rare games when he didn’t run for a single touchdown and he only passed for two touchdowns. But he never had a more complete game, with UofL scoring every time it got the ball before Jackson left late in the game.  UofL punter Mason King would not be needed in this one, thank you.

Coach Bobby Petrino would say afterward that “Lamar Jackson is the best player you’re ever going to see. There has never been a player like him and there won’t be for a long time.”

Haunted by costly fumbles and interceptions in last season’s loss to UK, Jackson said he had been looking forward to this game for a year. Nothing but pinpoint passing in this one, completing 15 of 21 passes to seven different players for 216 yards.

No hesitating, no panicking, no mistakes. Knowing what to do with the ball on every play. Getting lots of help again from Reggie Bonnafon with two touchdowns to go with nine carries for 64 yards and Dae Williams with six carries for 62 yards and a touchdown.

Getting plenty of protection from a greatly improved offensive line, yielding no sacks, paving the way for 32 UofL first downs, compared to only 20 for Kentucky.  The defense, while giving up 211 yards to Bennie Snell, allowed only eight passes to be completed, holding UK to 110 passing yards.

Petrino with plenty of accolades for a team that looked like it was going nowhere before winning the last three games. “The assistant coaches kept coming to work with a positive attitude and a great work ethic,” he said. “The defense kept bringing, they just kept coming. I’m really happy with the way we played. The execution was great.”

Petrino said it was so much fun to see how much Jackson has grown during over the past three seasons. “He’s the ultimate competitor. I don’t think I’ve ever been around someone who likes to compete as much as he does. He backs it up with confidence, and he’s so humble.

“He was on the sideline cheering and encouraging every guy on the field  after he came out of the game. He’s the greatest teammate and greatest kid in the world.”