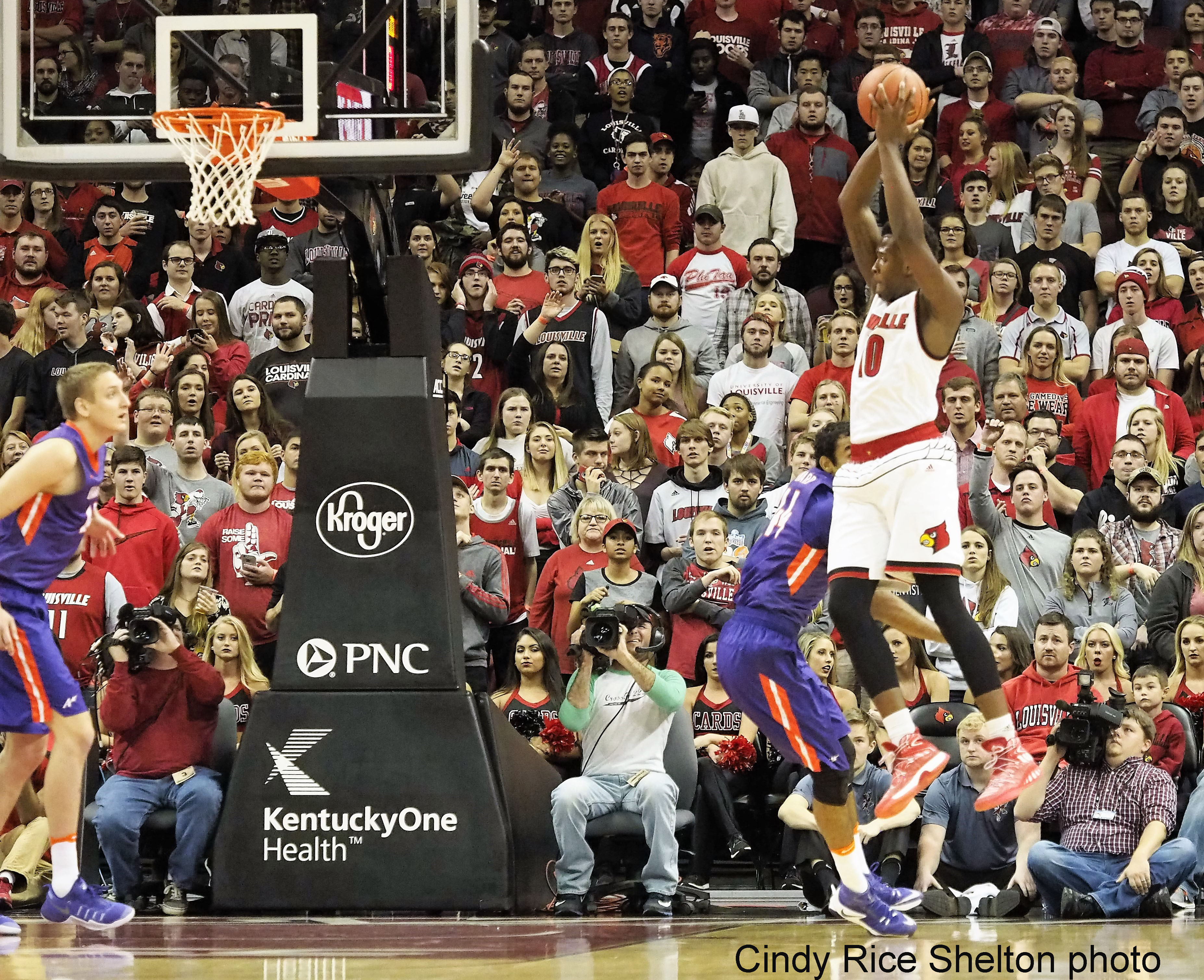 Jaylen Johnson has gotten a lot of playing time since he was a freshman, much to the puzzlement of some University of Louisville basketball fans. Sometimes wondering how long it would take for Johnson to become an offensive presence.

Coach Rick Pitino sensing something early about the 6-foot-9 junior forward from Ypsilanti, Mich., including his strength and exceptional energy. Giving Johnson all the time necessary to channel that energy, to eliminate the awkward moves, working within the system to become the player Pitino believes Johnson can be.

Johnson is getting closer to being that player if his performance in UofL’s 78-47 win over Evansville on Friday night is any indication. His best game since becoming a Cardinal, he would score a team-high and career-high 19 points.

Stepping up to provide some much-needed leadership on UofL’s front line, Johnson would connect on nine of 11 field goal attempts, including his only 3-point shot, while commandeering 14 rebounds and blocking three Evansville shots.

Johnson loves the fast pace, crediting Pitino’s emphasis on conditioning. “We are  going to play fast,” he said. “Coach tells us if we’re tired, the other team is exhausted.”

He also credited his teammates noting, “They were getting the ball to me at the right time,” he said. “I just thankful to be here, playing for a great coach.  We never know who’s going to have a great night.”

Like Donovan Mitchell, for example, who was almost equally effective and disruptive, scoring 15 points with five rebounds and four steals. And how about Anas Mahmoud, hitting five of five field goal attempts for 10 points while pulling down five rebounds.

A night of highlights for Johnson in this game, the kind of performance that Pitino has been expecting from Johnson since the beginning. Many more to come hopefully.