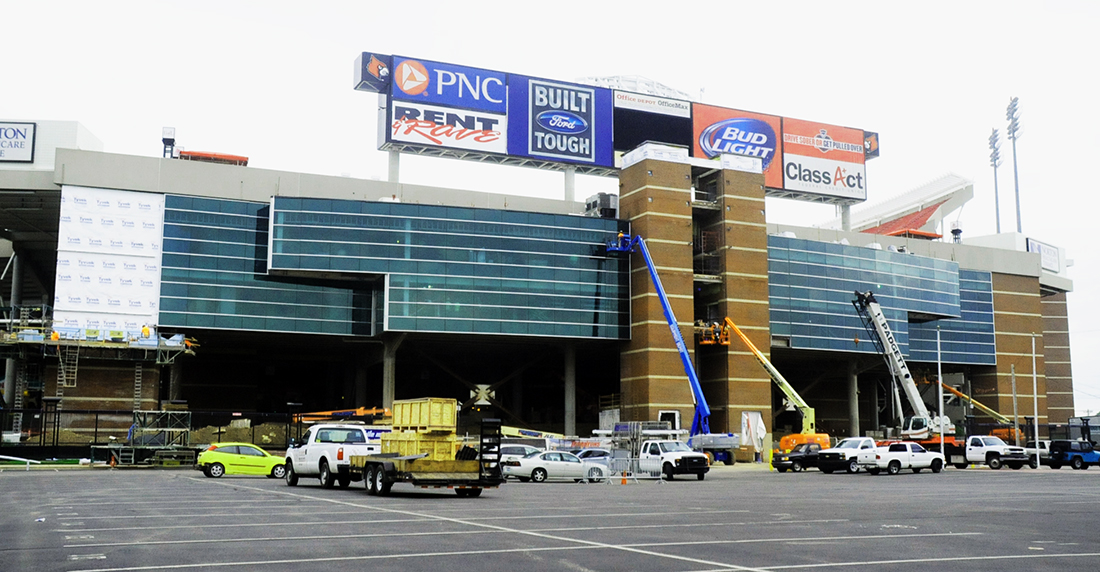 The new Thornton’s Center for Academic Excellence at the University of Louisville appeared Monday to be on target to meet its deadline for completion.

The Center, located at the south end of Papa John’s Cardinal Stadium, is scheduled to be done by the end of May, enabling the academic and athletic advisors to get ready for the fall semester. The 40,000-square-foot center will feature tutorial areas, a high-performance training table to feed student athletes, computer laboratories, and office and classroom space that will serve over 750 athletes across 23 sports on a daily basis.

Several key contributors helped support the funding of this project. Thorntons made the lead $3 million gift to the project, and in conjunction with Cardinals’ fans, helped raise approximately $6 million to their matching gift.

A total of $2.5 million dollars was raised through the generosity and partnership with the iconic brand of Maker’s Mark, while Stites and Harbison demonstrated their belief in the academic mission of the athletic department by committing $2 million to the project.

Groundbreaking ceremonies were held in February 2015, followed by the beginning of actual construction the following May.

The project has gone smoothly, providing a model of efficiency for the next addition to PJCS.  That would be the 10,000-seat expansion expected to begin after the 2016 fall football season.