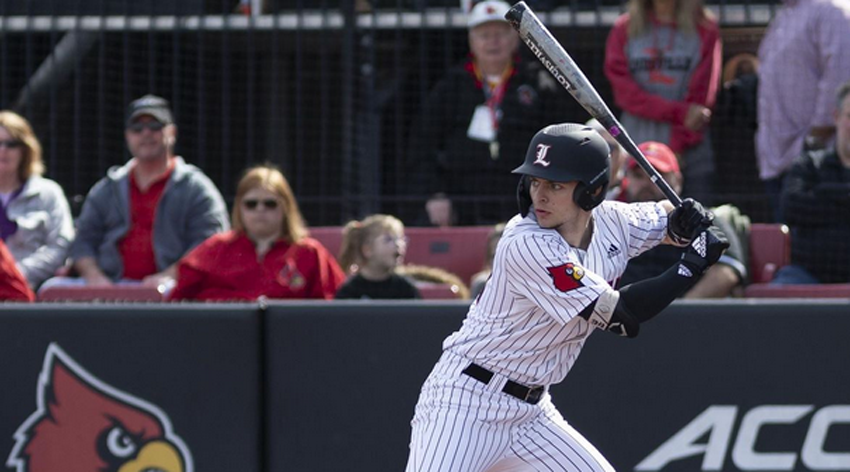 The University of Louisville baseball team is saying goodbye to another good one.

Zach Britton, a 21-year-old junior outfielder, was selected by the Toronto Blue Jays in the 2020 Major League Baseball draft. He was tabbed in the fifth round, the 136th pick overall. The third UofL player this draft behind pitchers Reid Detmers, the 10th pick to the Los Angeles Angels, and Bobby Miller, the 29th pick by the Los Angeles Dodgers.

Britton was starting to come on as the 2020 college season was cancelled, having raised his batting average to .322 after getting off to a slow start. He had 12 extra-base hits, including 11 doubles and five home runs, while being credited with 12 runs batted in. He was a versatile defensive player, also playing catcher and first base while at Louisville.

He was apologetic to his coach, Dan McDonnell, after the the pick, saying he had a dream to fulfill.

“Zach is ready to play,” proclaimed McDonnell, who was being interviewed by ESPN when the pick was announced. “He’s professional, works hard and I’m super happy for him.”

Louisville fans following his career should be careful not to confuse their Zach Britton of the Blue Jays with ZacK Britton who is on the New York Yankees pitching staff. The Yankee pitcher changed the last letter of his first name to a K last season. Zack is indeed his legal name and the way it appears on his baseball contract. Part of his motivation is to clear up any confusion with regard to marketing and endorsements. Uh, huh.